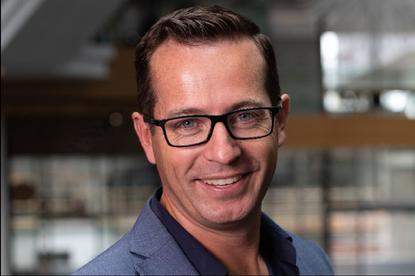 Rob Berrill has been appointed as the CEO of Spark NZ's TowerCo, a subsidiary the telco established for its passive mobile tower assets.

Berrill has held key leadership roles for Spark across legal, commercial, technology, network and operations during his 12-year tenure, including tribe lead for physical infrastructure, operational lead for Spark Sport and head of commercial for fibre and access.

He previously worked for Vodafone Group in the United Kingdom and Luxembourg where he helped establish the world’s first centralised telecommunications procurement company. He also served on the boards of NOW Networks, FeeniX Communications and the Royal New Zealand Plunket Society - Auckland City Area.

“Rob knows what it will take to create a successful towers business, having previously led out on Spark’s infrastructure and property portfolios for a number of years," Spark’s technology director Mark Beder said.

"I’m delighted that Rob will be taking on this role as we move into an important next phase of our infrastructure strategy.”

In April, Spark launched a process to explore the introduction of third-party capital into its mobile network infrastructure spin-off, dubbed TowerCo.

The company also announced it would retain a shareholding in the new business and become a key, long-term anchor tenant.

The move appears to have been motivated in part by an expected rapid change and "densification" required in the network as it moved beyond 5G, which is still being rolled out.