Acquiring partners is number one, two and three on Allison Fairkettle's to-do list. 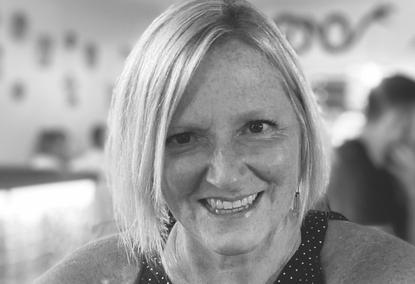 Unit4's APAC regional partner manager, Allison Fairkettle, is on a mission to revitalise mid-market ERP player's operation across the region, particularly in A/NZ.

Having worked in New Zealand for twelve years developing MYOB's mid-market software business, such as Exonet, later known as MYOB Advanced, Fairkettle knows a thing or two about the local ERP marketplace.

"Acquire partners: that's my number one, two and three of my to-do list," she said of her priorities.

Founded in The Netherlands in 1980, Unit4 grew organically and through mergers and acquisitions involving brands such as Agresso, Prosoft (for HR) and Intuo. All of these are now offered under the go-to market brand of Unit4, which is also a significant Microsoft partner, building business applications on Microsoft Azure hosted in Australia.

Globally, Unit4 was growing at 29 per cent in revenue through partners in its latest quarter, Fairkettle said. She is aiming to replicate that in APAC targeting double-digit growth for the next three to five years.

Wellington-based Agilyx Group is Unit4's major local partner while Kiwibank and NZ Post are among its significant clients along with others in the public sector. Fairkettle is already in talks with other potential partners but prefers not to talk about that effort until deals are done.

"Reinforcing a partner programme and bringing on new partners takes a little while," Fairkettle told Reseller News last month. "As much as I want to grow very, very quickly, some of those are still in play at the moment."

"What I have been impressed with so far is, although it's a global business and strong in Europe Nordic countries, there is an absolute commitment to the rest of the regions," Fairkettle said.

"The programme itself is very attractive in terms of the commeriaals, having been around partner programmes for over ten years in various technology guises," Fairkettle said. "We will over-support those first few opportunities."

Unit4 also has a direct sales team which will work on opportunities and support indirect reseller partners.

Most partner businesses in the industry come from founders with a technical background, Fairkettle said. Unit4 could provide the "true North" of sales expertise some required. A wealth of training was also available online, self-serve, for partners supported by pre-sales and technical experts in the region.

Fairkettle said new private equity ownership of Unit4 had brought speed and focus, transforming the company into a cloud-first business and speeding the development of integrations with other ISVs. Government panels were also a target, possibly through new and existing partners.

The market was ready for more intuitive, efficient and easy-to-use experiences as opposed to the "over-engineered and clunky" ERPs of of the past, Fairkettle said.

"I'm really excited about the people we have at Unit4 and their passion about the business and what it can do."