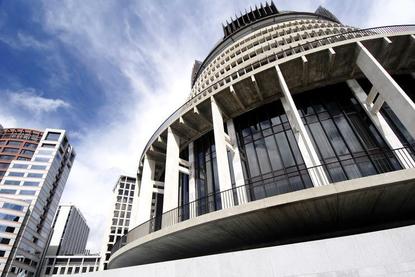 There is a lot going on under the covers of the New Zealand government's new ICT hardware procurement contract and panel.

In addition to significant supplier changes, such as the inclusion of PB Tech in an expanded panel, MBIE is really starting to use the power of government procurement to spur environmental and other benefits

"We put it as a specific requirement in our tender and asked suppliers to put forward ideas about what they could do to support that," said Perkins, who manages twenty all-of-government contracts worth $2.6 billion a year and serving around 500 agencies.

Suppliers were asked to put forward ideas, for instance, on how to reduce non-recyclable packaging in hardware products, looking at sea freight over air freight to reduce emissions throughout the supply chain and adding specific hardware recycling and refurbishing services from new panelist Upper Hutt-based Remark IT, to help reduce the volume of end-of-life hardware being disposed of in New Zealand or overseas.

"The commitments from the other suppliers vary, but they are all around what they currently do and targets to further reduce non-recyclable packaging or airfreight requirements over the life of the contract," Perkins said. "We will obviously be monitoring that and working with suppliers to make sure they do follow through on this commitments."

There were some situations where matters of urgency required airfreight, but Government Procurement is looking for improvements over time and was encouraging agencies to think ahead with their purchasing to help ensure sea freight was an option.

PB Tech ticked those boxes alongside the other panelists, but it also brought a different business model and distributed services capabilities to the table. This was important for Government Procurement, which is targeting greater use of the contract, particularly in education.

Over 2200 eligible schools were not participating in the second version of the contract.

"Part of PB Tech's offering was a regional presence and relationships with schools that are sometimes not participating in the all of government contract," Perkins said.

Having PB Tech on board increased participation, particularly with schools that may already have a relationship with the company. They now also now get the benefit of all-of-government pricing, waste reduction and more.

PB Tech declined a request for an interview, but Perkins said the company's regional presence, geographical spread and retail network also allowed potential users of the contract to "eyeball" products before purchasing.

Education was a big factor behind another change in the contract, the inclusion of meeting room equipment, which schools were asking for.

"We obviously look at the range of providers wanting to maintain a degree of competition where possible, but also make sure we have the full range of products available for all agencies." Perkins said.

The broader outcomes benefits achieved through the new contract could also be expected to flow through to purchasers in the private sector over time, he said. If vendors were changing packaging for one large customer, it would be expected they would not have separate packaging for other clients.

"That's one thing the government purchasing power is able to leverage, not just for itself, but throughout the supply chain."

Dell fell off the panel and Lenovo came on, but Perkins was unable to comment specifically about unsuccessful suppliers' proposals. Overall, Government Procurement looked to ensure there was an alternative ability to procure those products through resellers.

One of the other factors that favoured PB Tech's inclusion was that it had a greater volume of stock in-country, Perkins said. That meant supply chains were less likely to be impacted by freight delays.

That capacity was already winning the company significant government clients, such as the Te Tari Taiwhenua - the Department of Internal Affairs (DIA), before the new contract was inked to address supply challenges during the COVID-19 pandemic.

A DIA spokesperson told Reseller News the agency used an all-of-government  IT hardware panelist as its primary supplier, however, during COVID-19 the agency had to engage a secondary hardware provider because the primary one was unable to provide some required equipment quickly and directly to kaimahi [staff] working from home.

"The department moved quickly to ensure continued delivery of services in a safe and secure way following COVID-19," the spokesperson said. "Providing our kaimahi with IT equipment to work from home was an important part of that.

PB Tech was selected through a procurement exemption process because it was able to deliver equipment immediately and directly to kaimahi across the country through its retail service.

"We spent $100,000 in the 2020/21 financial year, to June 30, on working from home equipment from PB Tech," the spokesperson said. "These IT equipment purchases included up to one monitor, keyboard, mouse and any necessary cables or adapters per person."

The six suppliers on the earlier panel were Cyclone, Dell, HP, Noel Leeming, Spark and The Laptop Company.

The initial term for the new contract is two years, with two rights of renewal, each for two years.