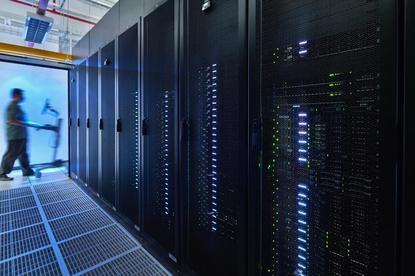 Hyperscale data centre capacity has doubled in less than four years, according to new data from market analyst firm Synergy Research Group. At the same time, it has taken five years for the number of new data centres in the world to double.

As the number of large data centres operated by hyperscale providers increased to 700 at the end of the third quarter this year, Synergy’s latest research suggests that the United States (US) accounts for nearly half – 49 per cent – of the capacity of those data centres, as measured by critical IT load.

However, the US share of worldwide capacity has been falling, albeit slowly, running at just a percentage point per year, according to the analyst firm.

After the US, China is the country that is the next biggest contributor to hyperscale data centre capacity – China alone accounts for 15 per cent of the total.

The rest of the APAC region, not including China, claims 13 per cent of total global data centre capacity – giving the entire APAC region, China included, a 28 per cent share of global capacity.

“While the number of hyperscale data centres continues to grow at an impressive pace, not all data centres are born equal,” said John Dinsdale, a chief analyst at Synergy Research Group.

The companies with the broadest data centre footprint, according to Synergy, are the usual suspects – Amazon, Microsoft, Google and IBM.

Each of these cloud vendors has 60 or more data centre locations with at least three in each of the four regions – North America, APAC, EMEA and Latin America.

However, Oracle, Alibaba and Tencent also have a notably broad data centre presence.

By data centre capacity, the leading companies are Amazon, Microsoft, Google and Facebook, though it is the Chinese hyperscalers that are growing the fastest, the analyst firm’s figures suggest, most notably ByteDance, Alibaba and Tencent.

Synergy’s research was based on an analysis of the data centre footprint of 19 of the world’s major cloud and internet service firms, including the largest operators in the areas of software-as-a-service (SaaS), infrastructure-as-a-service (IaaS), platform-as-a-service (PaaS), search, social networking, e-commerce and gaming.

Synergy's latest figures come as fellow analyst firm Information Services Group (ISG) reveals that IT and business spending across the APAC region surged during the third quarter of 2021, with cloud services rocketing past traditional managed services.

According to ISG, annual contract value (ACV) for cloud-based as-a-services above US$5 million rose 62 per cent year-on-year and 5 per cent quarter-on-quarter to a record US$3.1 billion.

In fact, cloud services made up over 84 per cent of APAC IT and business services spending during the quarter — the largest percentage out of all regions globally.

Meanwhile, traditional managed services were up 53 per cent year-on-year to US$575 million. However, this is a 40 per cent fall from the second quarter’s US$929 million.

Combined, the total market reached US$3.6 billion for the period, a 60 per cent increase year-on-year, but was down 6 per cent quarter-on-quarter.