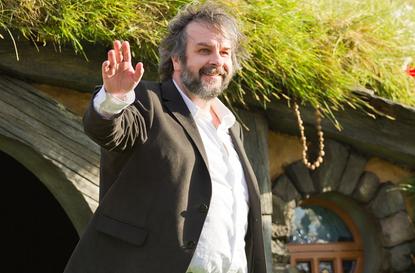 The acquisition, worth US$1.6 billion ($2.3 billion), was designed to commercialise Weta’s sophisticated visual effects tools and put them into the hands of creators and artists worldwide on subscription by integrating them onto Unity's software-as-a-service (SaaS) platform.

Weta Digital’s multi-award-winning VFX teams will continue to exist as a standalone entity known as WetaFX, which is expected to become Unity’s largest customer in the media and entertainment space. WetaFX will still be under majority ownership by Sir Peter Jackson and helmed by CEO Prem Akkaraju.

As part of the deal, Unity will acquire Weta’s engineering talent of 275 engineers which architects, builds and maintains Weta Digital's tools and pipeline; a foundational data platform for interoperable 3D art creation; and a library of thousands of assets that the WetaFX team will continue to develop.

Weta Digital has built dozens of proprietary graphics and VFX tools, such as Manuka, Lumberjack, Loki, Squid, Barbershop, HighDef, CityBuilder, and many more. These will now join and be integrated into Unity’s portfolio and in time be available to creators through the cloud.

“Weta Digital’s tools created unlimited possibilities for us to bring to life the worlds and creatures that originally lived in our imaginations,” said Sir Peter Jackson, chairman and co-founder of Weta Digital.

“Together, Unity and Weta Digital can create a pathway for any artist, from any industry, to be able to leverage these incredibly creative and powerful tools. Offering aspiring creatives access to Weta Digital’s technology will be nothing short of game changing and Unity is just the company to bring this vision to life.”

John Riccitiello, president and chief executive officer of Unity said by combining the power of Unity and Weta Digital, the tools and technology that built characters and scenes from iconic films such as Avatar, Lord of the Rings, and Wonder Woman, would enable a new generation of creators to "build, transform, and distribute stunning RT3D content.”

Akkaraju said Unity was the best at delivering world-class tools and technology to creators.

"Together we have the opportunity to make Weta Digital’s award-winning, high-end artist pipeline and tools, which are in a class by themselves, accessible to a much broader audience of artists than what has been historically possible,” he said.

The deal represented a quantum shift in Unity's ability to make it easy for artists to "bring their imagination to life and work together like never before,” said Marc Whitten, senior vice president and general manager of Unity Create.

“We are excited to work closely with WetaFX to continue to push the edge of the art of possible with these tools and to bring them to VFX, entertainment, and eventually gaming and other artists as we evolve our pipeline for content creators," he said.

Last year, Weta Digital announced it would cease investing in its own local supercomputing power and instead shift to using AWS.