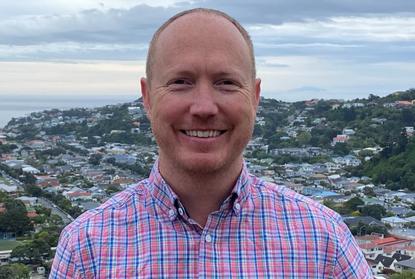 Hailing from the UK, Dixon was most recently with with ANZ as the bank's practice lead for services and integration. He also held senior tech roles in government entities such as ACC, as platform lead, and Kordia, as head of systems.

Dixon also had ten years at top London brands before moving to Aotearoa New Zealand with his family a decade ago.

“We are delighted Doug has accepted the position of CEO at an exciting time of growth for Catalyst Cloud”, said Gavin Thompson, chair of Catalyst Cloud.

Dixon first experienced Catalyst Cloud as a client some years ago and has been a supporter ever since.

“I have learned first-hand how vital it is for New Zealand to have a locally owned cloud provider, and Catalyst Cloud has a massive role to play in New Zealand’s future stability and prosperity,” he said.

Launched in 2015, Catalyst Cloud's services are based on the open source OpenStack cloud platform alongside Kubernetes for containerised application deployment. It operates three local cloud regions and is known to have provided services to agencies such as the Electoral Commission, Land Information NZ, the Ministries of Education and Health and Statistics NZ.

Dixon is clearly poised to continue Catalyst Cloud's long-running effort to convince government and business users they should use a locally-owned and operated cloud platform rather than those of one of the giant US hyperscale providers.

It is a position informed by his past experiences. When he arrived in New Zealand, after years of working in e-commerce start-ups, Dixon landed at SMS messaging and service provider Run The Red, marking a shift from online services to critical national infrastructure.

Dixon then moved to state-owned broadcaster, telco and maritime emergency communications services provider Kordia as head of software development and support. These were all heavily engineered critical services that could not be allowed to fall over.

ACC followed and then ANZ, again delivering critical services, a context in which Dixon believes the standard mantra about migration to the cloud should be  be challenged. It is a challenge that does not accept concerns about data sovereignty will be addressed with the imminent arrival of local hyperscale cloud regions in-country.

Both Amazon Web Services (AWS) and Microsoft have announced they will build local cloud regions, enabling many more organisations to use their services for more workloads. Dixon, however, points out that data residency is not data sovereignty because the data remained subject to US laws such as the Cloud Act.

This could be used to force US headquartered companies to hand over data to the US government, against their wishes, no matter where it was held, Dixon said.

"Is the cloud as we know it today compatible with the mission of the organisations we are talking about?," he asked.

“We should all care that, as a country, we have outsourced our critical infrastructure to other countries, pouring billions of dollars into overseas cloud providers."

Dixon posed the question of where New Zealand would be in ten years' time If we decide to outsource our IT infrastructure and the know-how to operate it.

"Economically we will be worse off compared to if we invest in our own capabilities onshore with Kiwi owned companies, Kiwi expertise and Kiwi jobs," he said. "The virtuous cycle of investment in New Zealand is well known and it's not the way we are going at the moment."

Instead we were falling over ourselves to pour money into the pockets of US companies for "shiny services", he said. These are great, innovative services, but they are not Kiwi and the companies providing them do not have New Zealand's best interests at heart, but the interests of their shareholders.

Dixon further suggested the cloud risk assessment and other systems in place today was they could be somewhat divorced from the expectations of ordinary Kiwis.

And even if these are not held overseas, Dixon argued, the long arm of US law reaches them.

The procurement process is a vitally important part of the equation and the solution.

"The first thing is to actually have a procurement process that invites local technology providers to think about it and provide well reasoned and costed answers," he said.

Dixon is not arguing New Zealand tech can now compete on every feature, toe to toe with giants such as Salesforce and ServiceNow. However, if the investment in those systems had fallen to New Zealand providers, the uplift in our service and technology capabilities would be enormous.

"If we had started on this journey five or ten years ago, it is very easy to imagine the capabilities in New Zealand companies would be able to match the needs of a huge amounts of use cases from government and the private sector alike."

Core to that is having our own cloud, a cloud that is locally based and locally owned.

“While we welcome international investment in Aotearoa's digital economy, it is vital that we have our own sovereign cloud computing infrastructure," Dixon said.