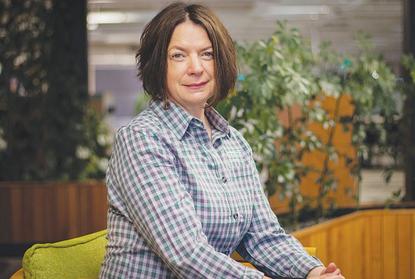 Rural service and supplies chain Farmlands Co-operative Society tipped its hat to transformation as it announced an improved $8.1 million net profit before tax.

That was up from $7 million in 2020, with both years' results off around $1.1 billion in revenue, according to the company's latest financials.

The following year, the Braveheart project moved from the back end into Farmlands' store network to deliver new customer-facing systems.

"While it is frustrating this high level of sustained hard work has not resulted in a more positive financial result in 2021, the board would like to commend all Farmlands staff on the level of effort they have put in over the past year."

Farmlands chief operating officer Kevin Cooney said the co-operative was now seeing the benefits of its three-year long transformation. The programme, he said, had built a world-leading technology platform that would serve its customer base for years to come.

“Adapting any business to working successfully on a new company-wide system is a major challenge," Cooney said. "The system itself is only the first step.”

The change process, for instance, had been wide-reaching and challenging, but necessary to remain relevant and adapt to significant change.

Braveheart included the replacement of legacy IT systems and scalable enhancements to provide significantly improved information to better manage the business. In 2018, total business benefits were estimated at $112 million over five years, including savings in legacy system costs of $28 million.

The project aimed to turn Farmlands into a data-centric organisation using its new technology platform to deliver a helicopter view of farm profitability, input costs, crop or stock performance and environmental and safety compliance.

Farmlands’ new chief executive officer, Tanya Houghton, is now charged with delivering what Hewett described as "the ongoing cultural change" that would navigate Farmlands to a position where staff are using the co-op's Braveheart investment as effectively as possible.

“There have been plenty of exciting new innovations over the past year," Houghton said. "We have a new online shop and our e-commerce platform has come a long way in a short space of time."

This was vital, especially during lockdowns, she added.

“We have built our plan for this year around three things: safe and engaged people, unbeatable customer experience that earns trusted partner status with our customers, and delivering our budget."

Hewett said COVID-19 would continue to disrupt business for the foreseeable future. To protect against unforeseen downturns, the board had decided not to distribute a bonus rebate to its more than 75,000 members this year.