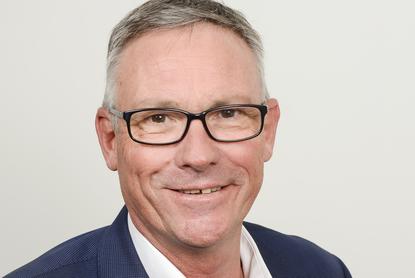 In its first market act, VIP launched Vodafone Data Centre Connect (DCC) yesterday, in collaboration with networking technology vendor Ciena, to provide wholesale and business customers with a nationwide fabric connecting datacentres directly to each other.

DCC delivers point-to-point connectivity between datacentres in New Zealand and public clouds on what Vodafone described as a reliable, secure and high capacity fibre-optic network that also delivered high agility, flexibility and dynamic rerouting in case of network interruption.

Vodafone said its new product will offer wholesale customers high data transfer including 100G, 200G and 400G Wavelength Services based on Ciena's technology as in a competitive and simple commercial construct.

“Tapping into Ciena’s global expertise, Vodafone Data Centre Connect is designed with security and reliability at the forefront," he said.

Time to service activation was important for customers so nodes had been pre-installed to make it quicker to get customers up and running. 400G wavelength services and upgrade options, enabled bandwidth-hungry services and online applications that require speed, high capacity and low-latency.

Vodafone has offered Flexwave wavelength service, which could be used to provide connectivity site-to-site, site-to-datacentre and datacentre-to-datacentre, since 2014. DCC, however, allowed quick set-up through the use of dedicated on-site terminal equipment.

Wholesale customers must meet qualifying criteria including performing their own sales, marketing, customer service, billing and credit functions. They must also be a telco network operator, or on-sell the received services to their own customers under their own brand.

Vodafone New Zealand is part of the Ciena Partner Network.