The New Zealand telco market is fighting back after COVID-19 revenue impacts. 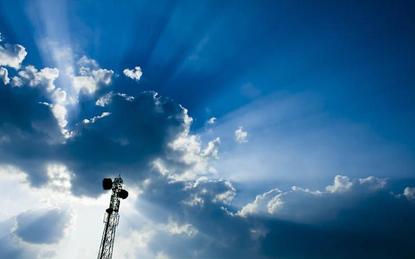 The New Zealand telecommunications sector is undergoing a period of change and transformation as a flat, pandemic-hit market drives innovation while new entrants bring fresh ideas.

The local telco market remained relatively flat last year, with revenues experiencing a marginal decline of -0.1 per cent in the year to June 2021, according to the latest figures by industry analyst firm IDC.

Now, the New Zealand telco market is fighting back after COVID-19 revenue impacts, which the analyst firm suggested have driven fresh innovation in the sector.

This was expected, according to IDC, which claimed to have previously suggested that telcos would likely want to focus on resiliency and reinvention amid the depths of the COVID-19 disruptions.

"Telcos are building new revenues and furthering resiliency in the wake of COVID-19," said IDC senior telecommunications market analyst Wiji Gedera. "The flat market and pandemic impacts are driving new behaviours from the telcos to innovate as well as become more efficient."

It is claimed that players in the market are opting for strategic initiatives driven by their respective key competencies.

For example, mobile network operators are focusing on revenue growth by offering 5G fixed wireless broadband to counter margin erosion and improve their network utilisation, according to IDC.

Meanwhile, the broader telco sector is seeing a fast-evolving shift in strategies, according to IDC associate research director Monica Collier.

“The industry has historically seen assets such as network infrastructure as a competitive differentiator, but it is now eyeballing the wider opportunities available,” she added.

At the same time, IDC flagged a longer-term market shift driven by the continued increase of non-traditional telco players entering the sector.

"SKY's recent broadband market entry is another in a line of broadband entrants from other industries,” Gedera said. “These non-traditional participants are all about churn reduction and they aren't feeling the margin pinch like the telco retailers."

International low-earth-orbit satellite broadband provider Starlink has also commenced retail services in New Zealand, with Collier noting that as non-traditional telco players enter the local market, they bring fresh thinking and different perspectives with them that will work to keep the New Zealand market on its toes, from a competition standpoint.

Looking forward, IDC predicts that the New Zealand telecommunications market will slowly recover from now through to 2025 at a Compound Annual Growth Rate (CAGR) of 1.6 per cent.

This expected growth will be driven by forecast improvements in mobile service revenue and broadband despite declines in legacy voice, fixed data and access revenue.

The analyst firm expects that greater levels of normalcy for the industry will resume beyond mid-2022 as COVID-related restrictions ease.

In August it was revealed that competition and softer market conditions due to COVID-19's impact saw both revenue and profits at Chorus decline in the year to 30 June.

Chorus said this was due to softer market conditions arising from the effects of COVID-19 on broadband demand, together with competition from other fibre and wireless networks.

Also in August, fellow network provider Spark New Zealand  highlighted what it described as "strong underlying growth" in 2021, masked by the ongoing loss of roaming revenue due to COVID-19.

However, the company's net profit after tax declined by $36 million, or 8.6 per cent, in the year ending 30 June, due to a $21 million increase in tax expense and higher depreciation and amortisation costs.

The loss of $38 million in lucrative roaming revenues led to a revenue decline of 0.8 per cent to $3.59 billion. Overall, as reported last year, the local telco industry lost more than $90 million in roaming revenue.

Cloud, security and service management revenue starred in the company's annual results, growing by 5.5 per cent, as businesses continued to digitise.

What Spark described as "resilient" revenues combined with cost reductions to deliver EBITDA growth of 1 per cent, to $1.12 billion for the year, towards the top end of previous guidance.