The NZ Super Fund appears to have invested another $18.9 million in Datacom after balance date. 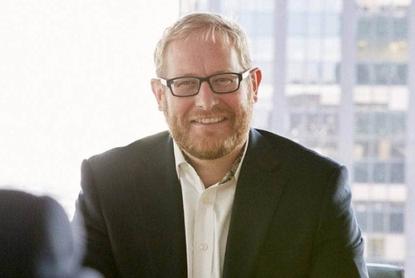 While it was achieving its highest ever financial returns, The Guardians of NZ Superannuation was also engineering a journey to the cloud using Microsoft's Power Platform.

The Guardians, created in 2001 as a means to partially prefund future superannuation costs, reported stellar returns of 29.6 per cent after costs and before tax last month which saw its NZ Super Fund almost crack $60 billion in value.

Under the hood, the Guardians is progressively rolling out automation technologies as part of what it called its cloud foundations project.

"Implementation has begun on a transformational piece of work to ensure we are taking advantage of our cloud technology, while ensuring we keep our environment safe and up to date in the years to come," its report said.

"Through the cloud foundations project, we have established a robust IT foundation and embedded the Microsoft Power Platform to gain insights and assist with decision-making across the organisation."

The final stage of the project is under way including the delivery of a suite of productivity apps and tools to provide new collaboration technology and access to other cloud-based applications.

The Guardians' annual report also revealed the Super Fund continued to scoop up shares in local IT services giant Datacom. $18.9 million worth of Datacom shares were committed to change hands in the first quarter of the 2022 financial year.

The NZ Super Fund first bought a stake Datacom in 2012 when NZ Post sold its cornerstone 35 per cent shareholding for $142 million in a private deal.

Companies Office records show a transaction was completed in September when the NZ Super Fund bought shares from Datacom chair Tony Carter and deputy chair Simon Holdsworth, who is also a member of the company's founding family. That lifted the Guardians' shareholding to 42.1 per cent from from 39.3 per cent immediately before the transaction.

Datacom, which reported improved financial results this year off record revenue of $1.41 billion, is still controlled by Holdsworth family company Evander Management, which has a 54.6 per cent shareholding.

Also during the 2021 year, The Guardians' investment operations and IT business solutions teams also implemented an automatic process around new trade instructions using a feature of Microsoft Power Apps to improve the process for instructing new equity index swap transactions.

"Previously, this manual and time-consuming process had several pain points and was resource intensive," the report said. "By reengineering the process and applying automation, the project team’s solution now saves up to 220 minutes per transaction."

Automation had also reduced the risk of human error.

The Guardians hoped to be able to adapt this workflow and apply the new automation tools for further benefit across other processes undertaken by its investment team.

Developing a clearly coordinated, articulated and agreed data strategy was one of the Guardians’ strategic priorities. The investment data strategy, approved in July 2020, spanned three elements: governance, management and access.

"It includes an architectural vision and sets out the organisational change required to achieve the desired outcomes," the report said.

An investment data working group had been established to drive the programme forward, with representatives from investment operations, data technology, data services and IT.

Part of the data strategy includes modernisation of technology such as the SuperMART system, which has been with the Guardians for 12 years.

A data hub rolled out in 2017 to provide data for liquidity and counterparty risk has since been expanded to include a rules-based calculation engine producing currency exposures. It was now being further enhanced to provide a broader range of exposures data.

According to its 2022 Statement of Intent, The Guardians also selected Oracle Human Capital Management as its new HR system to deliver an integrated set of modules, allowing processes and data to be streamlined.

Implementation would span multiple financial years, with the main deliverables during 2021/22.