Mark Cairns was confirmed as the independent chair-elect in July. 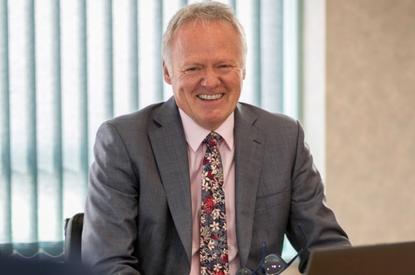 2degrees today confirmed the seven board members who will govern the company should it proceed to a public listing later this year.

2degrees’ current chair, Brad Horwitz, said a rigorous process had identified and confirmed an "outstanding" team of individuals to form the future 2degrees board.

Mark Cairns, the former CEO of Port of Tauranga who was confirmed as the independent chair-elect in July, will be joined by Kathryn Mitchell, Kenneth Tunnicliffe, Meg Matthews, John Stanton, and Erik Mickels.

“We are all well aligned in terms of vision and values, and the strong and diverse voices around this highly experienced table will bring rigour to our decision making," Cairns said.

2degrees is poised to list on both the Australian ASX and New Zealand NZX bourses by the end of the year.

"We are pleased with the continued strong performance of our New Zealand business," Horwitz said when announcing the listing plan in May.

The company's B2B customer base continued to ramp up, underpinning our sustained postpaid mobile growth, he said.

"We remain enthusiastic about the continued growth opportunities in New Zealand," Horowitz said. "5G is on the near-term horizon, and we continue to make progress executing our strategy and 5G network deployment."

The prospective board will work with the 2degrees executive team, led by CEO Mark Aue.

“We look forward to welcoming each of the board members to the 2degrees whānau," Aue said.

Discussions during the board selection process had highlighted a true alignment of values, he said.

"We’re excited about the prospect of starting a new era with a board of this calibre.”