The new languages are available in all AWS regions where the service is available. 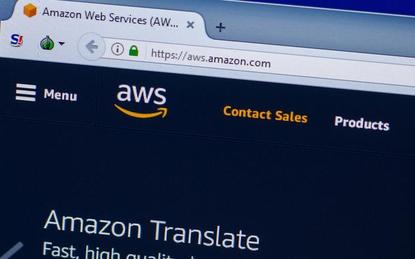 The new languages are available in all AWS regions where the service is available.

The cloud giant’s Transcribe service is used by the likes of contact centres to transcribe customer conversations into text and extract insights such as sentiment and emerging trends.

It is also used by media and entertainment companies to automate subtitling workflows and by enterprises of all shapes and sizes to transcribe meetings.

Amazon Polly is a service that turns text into lifelike speech, letting partners and their customers build new categories of speech-enabled products and create applications that talk.

Already, the service claims dozens of lifelike voices across a broad set of languages, with speech-enabled applications able to work in many different countries.

With this launch, the cloud giant said in a blog post, Snowcone is now available for order in AWS Asia Pacific (Singapore), Asia Pacific (Tokyo), Canada (Central), EU (Frankfurt), EU (Ireland), US East (N. Virginia), US West (Oregon) Regions and Asia Pacific (Sydney), where it was launched in March.

AWS Snowcone is the smallest member of the AWS Snow family of edge computing, edge storage and data transfer devices.