Thomas also led the NZ leg of CSG buyout and the local rebranding. 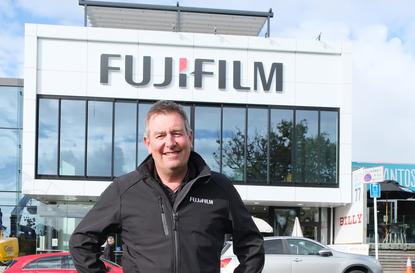 Thomas said he believed the timing was right for a new leader to take he company forward in New Zealand.

“These are always incredibly difficult decisions and more so when you work with a great team of people," Thomas said. "However, I have had the opportunity to pause and reflect, and I believe the time is right for me to move on.

“I would like to thank all of our team, customers and partners in New Zealand for their continued support.”

The copier giant promoted Thomas, a former banker and CIO of the Defence Force, to the role of managing director, then under its former moniker Fuji Xerox from October 2017.

Takayuki Togo will step in as interim managing director with an announcement about a permanent replacement to be made at a later date.

“We would like to thank Peter for his significant contribution to Fujifilm Business Innovation and we wish him well for the future," Togo, who is head of business innovation for Oceania, said.

“Peter led the business out of a difficult time in 2015 and leaves behind a much stronger organisation today."

Thomas also spearheaded the New Zealand leg of the A$140 million acquisition and integration of technology services company CSG, formerly a key partner of rival Konica Minolta, and led the shift to the new brand.