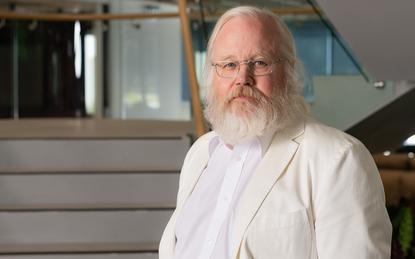 Dicker Data has acquired Exeed in a landmark A$68 million deal, shaking up the distribution landscape in New Zealand with Justin Tye at the helm of a combined entity housing an expanded arsenal of market-leading vendors.

The blockbuster move -- finally confirmed following years of industry speculation -- will result in Dicker Data assuming second spot within an increasingly competitive and consolidated Kiwi supply chain, armed with the platform to “rival the largest distributor” in the market.

In taking control of the Auckland-based business -- viewed by many as a model of channel success in the Kiwi ecosystem -- Dicker Data will assume ownership of a portfolio spanning Apple, HP, Hewlett Packard Enterprise and Microsoft across commercial and retail sectors, in addition to exclusive local distributorships with Motorola, Ruckus and Webroot among others.

“After many attempts, over more years than I can count, we have finally got a deal done to acquire Exeed,” said David Dicker, chairman and CEO of Dicker Data. “This transaction will put us as a very strong number two in New Zealand, with a platform for number one. The combined companies are highly synergistic. The deal done will be all cash. A very satisfying outcome.”

Founded in 2002, Exeed currently operates as the second largest distributor in New Zealand, with revenues of approximately NZD $380 million and full-year normalised EBITDA earnings expected to total roughly $15 million in FY21. In addition to NZD $310 million of revenue in the Kiwi market, the acquisition will also provide access to $70 million revenue in Australia.

Employing a total of 119 staff -- 95 of which are based in New Zealand and 24 in Australia -- the new-look business will be headed up by Tye, current CEO of Exeed, who will assume the role of country manager of New Zealand.

“As a locally owned and operated distributor in New Zealand, Exeed shares many cultural similarities with Dicker Data,” a company statement read. “Their ability to outpace all foreign rivals in their local market is testament to the strength of the business and the team being acquired.

“The competitive advantage a local distributor brings is deeply engrained in Dicker Data’s DNA, and every reseller partner who works with either business today should be reassured that the seamless continuity of their business is the utmost priority as Exeed is integrated into Dicker Data.”

According to Dicker, such cultural alignments will help provide a “strong foundation” during the integration process, serving up a “solid customer base” of nearly 1200 resellers in the process.

“The scale of the combined entity will enhance Dicker Data’s value proposition to New Zealand resellers and provides the local market with access to every major technology brand under the one banner,” a company statement added.

From a transaction standpoint, the purchase price is A$68 million on a cash free and debt free basis, with the deal expected to be complete before the end of August 2021, subject to a number of conditions.