Takes over from Laura Houldsworth. 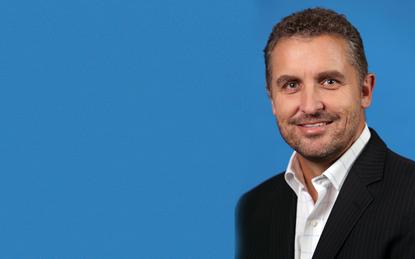 In the role, Goss will report to chief revenue officer Doug Adamic and is set to take charge of SAP’s expense management software-as-a-service (SaaS) subsidiary’s business operations in the region, as well as growing its customer base and market share. He takes over from Laura Houldsworth, who previously held the role from February until June.

According to SAP Concur, Goss’ previous position, which he held for over eight years, saw him grow the subsidiary's revenue “significantly” and established its small and mid-market business in the region.

“The past year has made clear the pivotal role technology plays in enabling businesses to reset and re calibrate for growth,” said Goss. “As travel gears up again and firms move to optimise and expand their operations, opportunities to improve spend visibility, control and compliance abound. I’m proud to be leading SAP Concur’s efforts to transform businesses in these areas during this exciting time.”

In addition to his time as A/NZ MD, he has also held a number of high-level positions across APAC at the subsidiary.

Prior to this, he held positions with Concur Technologies before its acquisition by SAP, as well as Captura Software and Acumen Alliance.

“Goss has a stellar track record of success within SAP Concur and the industry. I have full confidence that under his leadership, our APAC team will continue to be our customers’ trusted partner as they manage employee spend and digitise travel, expense and invoicing to become intelligent enterprises,” Adamic added.

Earlier this year, SAP Concur's parent company SAP announced it was away from recommending pairing S/4 HANA with Azure, instead encouraging customers to host its ERP suite wherever they want. It also announced its plans to double down on its cloud ambitions, citing COVID-19 as “an accelerator for transformation”.