Google to establish NZ engineering team and a local POP

Tech giant will establish an engineering team in New Zealand to work on mystery project. 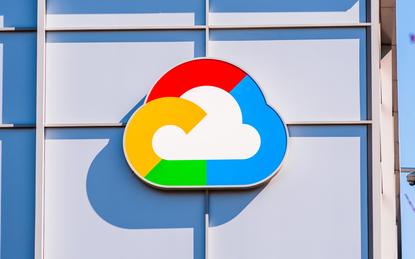 Google is launching its second A/NZ cloud region and a point of presence (POP) that will deliver dedicated cloud interconnectivity for New Zealand customers.

The new Melbourne cloud region will be Google's second within A/NZ since the Sydney region was launched in 2017.

This would allow a small group of current engineers working on a "really important project" to move to New Zealand and also the creation of new roles and investment in local talent.

Rainsford was not prepared to detail the project apart from describing its focus as being a central part of Google's investment in a "privacy first" world.

"Obviously, Google is an engineering company at heart and we see this as an incredible opportunity to demonstrate out further commitment to New Zealand but also build out our ecosystem in New Zealand to not only support emerging technologies like machine learning and AI, but also to support the tech ecosystem overall," Rainsford said.

Trade Me, ANZ, Stuff and Victoria University among others were all using Google Cloud, he said.

The local POP would address an important part of the equation by allowing such users to connect to Google's backbone directly on Google infrastructure.

Matthew Zwolenski, director of cloud customer engineering in A/NZ for Google, said COVID-19 had accelerated the pace of digital transformation in New Zealand organisations and played a critical role in helping organisations build for the future.

The dedicated cloud Interconnect to Auckland will provide direct physical connections between an organisation’s on-premises network and Google's global network, making it easier for customers to access a range of Google Cloud products and services.

Designed for high availability, the Melbourne region opens with three zones which enable Google to deliver two geographically separated cloud regions for Kiwi customers to meet IT and business requirements.

The investments will deliver geographically distributed and secure infrastructure to customers across New Zealand, enabling them to take advantage of what Google referred to as the "cleanest cloud in the industry".

Trade Me chief technology officer Paolo Ragone said the business' decision to migrate from on-premise datacentres to Google Cloud was made to improve the stability and resilience of the e-commerce site's infrastructure and to become more cloud-native as part of a digital transformation program aiming to keep the customer at the heart of the business.

Zwolenski said as organisations continued to look to cloud services to drive digital transformation, Google Cloud was ready to help them become smarter with data, deploy faster, connect more easily with people and customers globally and protect what matters to their businesses.

"Our investments in connectivity and cloud infrastructure are a catalyst for this change, and we look forward to seeing how customers and partners grow, innovate, and drive digital transformation forward in the region," Zwolenski said.

In his new role, Dias has been tasked with driving the company’s go-to-market strategy, deepening key customer and partner relationships and being responsible for operational execution across the A/NZ region.