Buying its way back into NZ, Capgemini could be an instant powerhouse

Why an Australian takeover is poised to upend the enterprise tech services market in New Zealand. 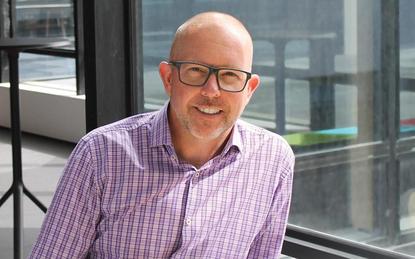 The very top end of the technology consulting market in New Zealand is a fragmented space and one that is hard to precisely define.

Other foreign owned brands such as Accenture, NTT and Fujitsu all feature.

But one international giant has consistently failed to make much of an impact: the leading French firm Capgemini – until this week, that is.

Capgemini’s proposed A$233 million buyout of ASX-listed Empired could catapult the firm into the local big-league by virtue of Empired' ownership local powerhouse Intergen.

Intergen, which is led by CEO Simon Bright, boasts an especially strong Microsoft technology pedigree and is an outperformer within the overall Empired stable.

At the end of its June 2020 financial year, Empired reported the NZ business performed “exceptionally well” with sector leading growth of 11 per cent.

That took Intergen’s revenue to A$67.5 million, or around NZ$70 million, 41 per cent of total Empired group revenue.

In comparison, Accenture NZ reported revenue of NZ$66.1 million to the end of August 2020, before it added 200-strong SAP specialist Zag to its stable last October.

Generally, however, Deloitte appears to be top of the tech consulting perch. The partnership maintained and invested in its local ICT consulting practice when others among the big four firms and Capgemini chose to divest theirs.

The firm went on to merge with Auckland-based Diablo in 2014, strengthening its presence in the commercial capital.

While not aimed at the tech market specifically, that was part of a series of similar transactions that had already seen Deloitte extend its footprint in Dunedin, Christchurch, Wellington and Rotorua.

At the same time across the ditch, Deloitte Australia was bulking up too, making five cloud computing-related buyouts over the previous two years.

Capgemini’s history in New Zealand, in contrast, is one it would probably rather forget.

The firm sold its local business to its managers in 2002, in the wake of the dot com crash of the late 1990s.

Capgemini expected that locally-owned firm, CGNZ, would remain allied, however Hewlett-Packard swooped in to acquire it in 2005 in a transaction reported to have been worth between $20 million and $40 million.

In 2009 it began righting the damage, opening a new presence that initially concentrated on software testing.

The full scale and capability of Capgemini’s local business now is unclear. New Zealand revenue appears to be reported though its Australian company rather than locally, and accounts filed with the Companies Office do not provide a breakout of New Zealand revenues.

Was Intergen the real deal?

We will have to wait and see exactly what Capgemini’s plans are for Intergen, but far from being merely a tasty morsel in the overall Empired dish, it could be the main course.

A search on the Parliament website, for instance, is telling.

Deloitte was mentioned 241 times since the beginning of January 2021, with much but not all of that related to its tech consulting and services activities.

The last mention of Capgemini on the site, in contrast, was posted in 2018 and that was from a 2014 annual review of Inland Revenue, which shortlisted Capgemini and Accenture for a major role in its $1.8 billion transformation programme.

Intergen, meanwhile, scores 56 mentions – and all of that related to tech.

The first impression is that Intergen could be a great come-back buy for Capgemini. Because it is so strongly identified with the Microsoft stack, however, significant service gaps in some hardcore infrastructure areas could remain in the French firm's overall local offering.

Assuming the deal goes ahead as planned, the task for Capgemini in New Zealand is to retain, build and leverage Intergen, while beefing up its overall local consulting offering and market presence.

And that could signal further acquisitions.