Changes made to reflect similar cultures and economies and to support new NZ cloud region. 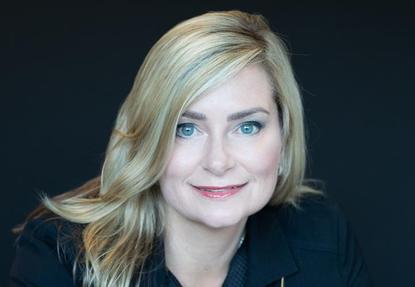 Microsoft has created a new A/NZ region to accelerate growth and offer more opportunities to customers and partners.

For the past four years, Australia has been what is called internally a "D7", one of seven countries around the world that had everything in-country and no shared services.

New Zealand, meanwhile, stood within the Asia Pacific region reporting into Singapore, alongside the Philippines, South Korea and Indonesia.

After a period of growth, however, the time was right to integrate its Australian and New Zealand businesses to boost access to investment, resources and marketing.

The change, announced today, is expected to allow Australia and New Zealand to combine their strengths and make the most of their similar cultures and economies, without losing sight of each country's unique characteristics, Microsoft said.

"We are definitely a country and want to retain that," Microsoft NZ managing director Vanessa Sorenson told Reseller News.

As noted by sister publication ARN, Microsoft Australia managing director Steven Worrall has stressed that the move was not expected to result in any redundancies across the combined footprint.

The two businesses were "joining forces", Sorenson said, and most international organisations were already structured that way.

"For us this is exciting, especially with our data centre region coming to Aotearoa," Sorenson said. "Our customers and partners definitely look and feel pretty similar so the timing was perfect."

Microsoft is building a New Zealand data centre region, with construction of cloud facilities in Hobsonville and on Auckland's North Shore to be launched over the next few years.

"Our customers land their current workloads in Australia so the change supports the repatriation of data from Australia when that is appropriate," Sorenson said.

Partner strategies were arguably a little disjointed, too. The new region presented an opportunity to improve that, especially as many partners operated in both geographies.

"It's probably been something I've heard a lot of feedback about," Sorenson said. "They've had to deal with Australia and then deal with us and not have some of that synergy."

Account management across the ditch would continue to be based around what worked best for the customer, but the scope of some roles could be expanded across A/NZ.

"To be able to work trans-Tasman is pretty important but for customers and partners we are still going to have those intimate relationships where needed."

"Sometimes out teams were on calls late at night," Sorenson said. "There is just so much goodness around only having that two- to three-hour time difference."

Unlocking resources and investments for partners would also be a lot easier, Sorenson added.

"We see some real opportunity for SaaS partners, growing NZ businesses that want our help into the Australian market."

Microsoft A/NZ was also increasing its investment in skills development by more than 250 per cent in 2022, including in-depth technical training, virtual hands-on labs, and digital technical skilling content on demand.

"We are definitely a country and we want to retain that but we can now tap into a massive amount of resource," Sorenson said.

IDC research forecast public cloud would generate 102,000 new jobs and add $30 billion to the New Zealand economy over the next four years.

Microsoft partners globally generated an estimated $9.58 for every $1 of revenue going to Microsoft in 2020. That was expected to increase to around $10.04 by 2024.

The announcement of the combined A/NZ region comes in conjunction with the vendor's Inspire 2021 event, which kicked off this week.

Among the new developments Microsoft had saved up for this year’s event was the vendor’s move to introduce new benefits for independent software vendors (ISVs) that want to build and market Modern Work apps for Microsoft Teams and Microsoft Viva, the company’s employee experience platform.

After enjoying a 70 per cent year-on-year increase in transactable applications on its commercial marketplace, Microsoft has also decided to reduce its fees for transactable offers to 3 per cent, a substantial drop from the industry standard fee of 20 per cent.

Moreover, starting this northern hemisphere autumn, ISVs with transactable commercial marketplace offers will be able to set one price for customers and another price for Microsoft CSP partners of their choice.