The rise ‘goes beyond pent-up demand’. 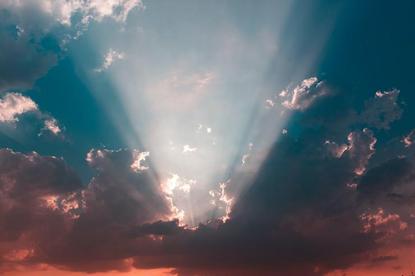 The managed services market in the Asia Pacific (APAC) region surged in the second calendar quarter of 2021, marking the best quarter in two years, according to new data.

The APAC managed services market enjoyed a year-on-year increase in annual contract value (ACV) of 87 per cent during the three months ending 30 June, to a record US$929 million, research by technology research and advisory firm ISG (Information Services Group) suggests.

The analyst firm’s latest data also indicates that IT outsourcing (ITO) in APAC reached a record US$800.1 million of ACV during the quarter, up by 80 per cent. Meanwhile, business process outsourcing (BPO) increased by 148 per cent, to US$129 million.

Contract activity was at its highest level in the region in three years, ISG claimed.

It should be noted that ISG’s research only captured commercial outsourcing contracts with annual contract value (ACV) of US$5 million or more, so the true value of such services is likely to be much higher across the region.

Regardless, ISG’s research indicates that the APAC region surpassed combined-market ACV – including both as-a-service and managed services – of US$3 billion for the first time, climbing 59 per cent over the prior year and 35 percent quarter-over-quarter to reach a record US$3.4 billion.

According to ISG, the surge in both managed service and as-a-service spending from companies in the region comes as COVID-19 accelerates digital transformation and the move to the cloud, with global demand for technology and business services reaching a new record for the third straight quarter.

Globally, ISG’s research suggests that second-quarter ACV for the combined global as-a-services and managed services global market reached a record US$19.1 billion, up 32 per cent, compared to a soft quarter last year when demand was much lower as businesses grappled with the initial onset of COVID-19.

Even quarter-on-quarter, global combined market ACV was up by 11 per cent, with the first quarter, like the quarter before it, establishing a record high for the global IT and business services market.

“The global market today is driven by two mega-trends: the move to the cloud and digital transformation. COVID accelerated those moves by three to five years,” said Steve Hall, partner and president of ISG. “Business has clearly shifted, and if you’re lagging in your own strategy change, you may not be competitive much longer.”

Breaking down the global combined market, the cloud-based as-a-service segment reached a record ACV of US$11.2 billion in the second quarter, up 38 per cent, off a soft second quarter last year, but with sequential, month-on-month growth of 13 per cent.

The global IaaS segment, meanwhile, climbed to a record US$8.2 billion of ACV, up 41 per cent year-over-year and 15 per cent quarter-on-quarter.

At the same time, the software-as-a-service segment establish a new quarterly high with ACV of US$3.0 billion, up 31 per cent versus last year and up 8 per cent compared to the prior quarter.

Global ITO ACV reached a record US$6.1 billion, up 17 per cent from last year and 5 per cent over the first quarter, while BPO, at US$1.8 billion of ACV, soared by 52 per cent over last year, and 23 per cent month-on-month.

Over the first half of 2021, the combined global market generated a record US$36.3 billion of ACV, up 20 per cent, ISG said.

Looking ahead, ISG expects that the market for cloud-based services (IaaS and SaaS) will grow by 21 per cent globally in 2021, up slightly from its 18 per cent growth forecast last quarter.

The firm is also raising its forecast for managed services growth to 9 per cent, up from its prior forecast of 5 per cent.

“The demand environment and associated technology spend is very robust and shows no signs of slowing down,” said Hall. “Right now, cloud is central to virtually every one of our client conversations.

“The debate is whether these are major structural shifts or COVID-related shifts. We believe the surge goes beyond pent-up demand and could signal the early stages of a longer-term cycle, with continuing strong investment in 5G, data centre, compute, cloud provisioning and other business-transforming technologies,” he added.

ISG's latest findings and projections reflect promising figures from many other industry analyst firms, with Frost & Sullivan in March claiming that global investment in data centre infrastructure would surge past US$26 billion by 2025, driven by rampant data creation and pent-up demand.

Just a month earlier, in February, Canalys claimed that total cloud services market expenditure in the three months ending 31 December 2020 was over US$3 billion higher than the prior quarter, and nearly US$10 billion more than Q4 2019.

All up, cloud infrastructure services spending increased 32 per cent to US$39.9 billion in the last quarter of 2020, following heightened customer investment with the major cloud service providers and the technology channel, according to Canalys.

This increase is the largest quarterly expansion in dollar terms, the analysis suggested.