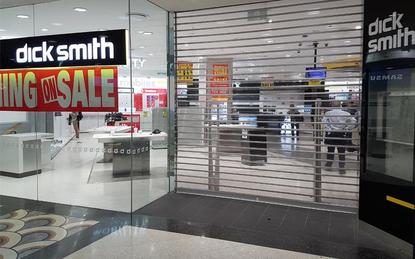 The former CFO of failed technology retailer Dick Smith, Michael Potts, has been ordered by the NSW Supreme Court to fork out A$43 million plus interest to National Australia Bank (NAB) following allegations of misleading and deceptive conduct.

Potts was the retailer’s CFO from 2013 until its spectacular demise in 2016.

The legal action alleges that Dick Smith’s earnings in 2015 were inflated thanks to the use of a “rebate maximising” strategy that compelled managers to make stock purchasing decisions based on rebates instead of customer demand.

Two banks associated with DSH — NAB and HSBC — decided to pursue Potts along with Abboud in relation to the misleading and deceptive conduct in which they were alleged to have engaged, in connection with the syndicated facility and extension agreement, which is said to have "induced the banks to enter those agreements", according to court documents.

Accordingly, Justice Michael Ball found that NAB advanced money as a result of misleading and deceptive conduct in exchange for a promise to repay that money and security, and that Potts did engage in misleading conduct when he said that the increase in the overdraft with HSBC was to fund the acquisition of additional stock for the Boxing Day sales.

“Even if that was literally true, that state of affairs had come about because DSH was facing serious problems with its liquidity. DSH was overstocked and sales had declined substantially. If it required additional stock that was because it was overstocked with product that was selling poorly,” Justice Ball said.

“To say that DSH needed a temporary increase in its facility to buy additional stock for the Boxing Day sales suggested that the business was otherwise performing satisfactorily and DSH wanted additional funds to capitalise on an opportunity. The true position was that it needed additional funds because it was in financial difficulties.”

Justice Ball said at the time DSH requested an increase in the facility limit, it was facing serious liquidity problems.

“In my opinion, if Potts had disclosed that the reason DSH wanted an increase in its facility was because it was facing serious liquidity problems, HSBC would not have entered into the Extension Agreement on the terms that it did. But it may well still have granted an extension on some terms,” Justice Ball said.

“Support for that conclusion can be found in the reaction of the banks when DSH announced that it was taking a provision of A$60 million and Potts asked for an extension of the temporary increase in the facility limit.

“The banks did not refuse that extension. Instead, they placed tight restrictions on DSH and monitored DSH’s financial position closely. It is true that by that stage the money had been advanced. It is one thing for a lender to agree to an extension of a loan already made. It is quite another for it to agree to lend additional money.”

As NAB agreed to extend its overdraft facility to the retailer of A$20 million, one of the conditions was that no draws could be used to repay or reduce finance debt including unsecured lines of credit provided by Macquarie Bank.

In December 2015, Dick Smith drew down the HSBC overdraft facility to pay A$9.961 million and a further A$1.195 million to pay Macquarie Bank. NAB then notified Dick Smith that it had breached the terms of its syndicated facility by making payments to Macquarie and requested to remedy the breach in 10 business days.

Unable to remedy the breach or reach an agreement with the banks, the board resolved to place Dick Smith and its subsidiaries into voluntary administration on 4 January 2016, appointing Ferrier Hodgson at the time.

Both banks claimed the total amount owing to them at the time Dick Smith went into voluntary administration was A$124.89 million, less the amounts recovered during receivership which, depending how those amounts were held by the receivers and treatment of legal costs, was between A$50 million to A$92 million.

In the most recent receiver's report dated 7 November 2018, it estimated a deficit in the return to the banks of between A$72.70 million and A$75.52 million.

The retailer’s auditor, Deloitte, was also dragged into the proceedings, but the case was dismissed, along with HSBC as the retailer did manager to reduce its debt from A$77.8 million to A$50 million as receivers were appointed.

The conduct that the banks claimed was misleading and deceptive involved the misstatements of Dick Smith’s financial position and failure to disclose its dependence on ‘over and above’ (O&A) rebates and the effect those rebates had on the retailer’s quality and level of stock.

Justice Ball claimed that both Abboud and Potts breached their duties under section 180 of the Corporations Act and their duties at Common Law by adopting the scheme to maximise rebates, particularly O&A rebates, without putting adequate procedures in place.

O&A rebates are what Dick Smith referenced as negotiated rebates outside of normal trading terms with suppliers.

Retailers usually improve their profitability through obtaining as much supplier support as possible. There were often a number of rebates offered by suppliers such as volume and warehouse rebates, all of which had an effect of reducing the purchase price and cost of goods sold (COGS).

It was revealed that these types of O&A rebates were often agreed to ‘informally’ and were either orally agreed to or via email, and up until late 2014, the retailer’s director of property, procurement, supply chain, commercial and financial services John Skellern kept a record of them on a whiteboard in his office.

Eventually a copy of his whiteboard was made into a excel spreadsheet, but that information was never integrated with the company's stock management system, AS400, which was inherited from its time under Woolworths ownership.

According to documents submitted to Potts by Deloitte, in 2014, key risk areas were pointed out, including rebates and vendor allowances, stock obsolescence provision and AASB 102 costing.

Warning bells were sounded out to senior management over the retailer’s policy behind its O&A rebates, eventually leading it to becoming overstocked. In one instance, O&A rebates for the FY15 half year were A$33.1 million.

More issues were also disclosed in court documents in the ways in which these O&A rebates were transferred to ‘gross profit’ along with inventory and delaying payments to suppliers such as Samsung and Synnex, which in some instances put DSH's accounts on hold. At its worst, based off information held in the retailer's AS400 system, there were 8,463 delayed payments in September 2015, worth A$43.3 million at an average of 28 days late.

“The difficulty is that Abboud and Potts either did not accept those warnings or took inadequate steps to address them. It is unclear how many of the systems of control identified by the plaintiffs would have addressed that problem,” Justice Ball said.

“It seems plausible that the emphasis on obtaining O&A rebates, and the buying practices that emphasis created, was a substantial cause of DSH becoming overstocked.”

During a board meeting in April 2015, one particular board member, Jamie Tomlinson, realised both ‘Abboud and Potts were out of their depth’ when Tomlinson noticed in board papers that cash and cash equivalents were negative A$101 million, more than the A$82 million limit of its Westpac facility at the time.

According to court documents, Potts explained that he arranged an extension to the Westpac overdraft facility to a maximum of A$50 million, which had not been brought up with the board despite the fact there was a delegation which stated that board approval was required to change existing debt facilities.

The issue surrounding the A$60 million impairment write down was also brought to light, with Tomlinson saying the board was placed in an ‘impossible position’ as the board was “briefed too late and didn’t have the final report of the consultants or adequate time to consider the information that had been given,” according to court documents.

The receiver's report made it clear the business was in a “very distressed state,” impacted by aggressive stock clearance in December 2015, a reduction in stock flow by suppliers pre-receivership where credit terms were reduced or switched off, disruption to supply arrangements consequent upon receivership and adverse media impacted by gift vouchers.

As the attempt to sell Dick Smith was unsuccessful, the receivers appointed Hilco Merchant Australia to close the stores and sell all remaining stock. In their report in May 2016, Hilco sold A$137 million in stock in Australia and NZ$22.4 million in New Zealand. There was A$8 million in faulty inventory, A$1.2 million in accessories that were in the process of being sold and a remaining A$348,000 in shrinkage.

The latest court action follows on from a class action settlement in March to the tune of A$25 million.

The cases were launched after the collapse of the retailer in early 2016, along with the closure of its stores, which followed closely on from a A$60 million inventory write-down revealed in late 2015.

It should be noted that online retailer Kogan.com purchased the Dick Smith online retail business in 2016, taking over from June that year. The online business is unrelated to Dick Smith Holdings, the entity at the centre of the class actions.