The appointment is part of the vendor’s global joint investment program with Microsoft to accelerate growth for application services and SAP on Azure globally. 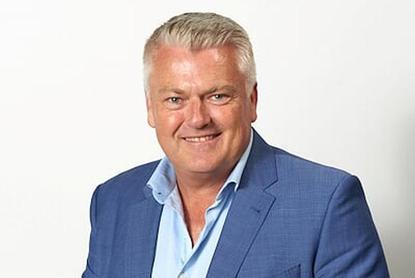 From 21 June, Kerr will join SoftwareONE’s existing team of consultants in its Wellington office and will help to drive future business growth in the region.

A spokesperson for SoftwareONE told Reseller News that the appointment was part of the vendor’s global joint investment program with Microsoft to accelerate growth for application services and SAP on Azure globally.

On 25 March, the vendor announced that it had reached a new strategic agreement with Microsoft, building on a longstanding relationship between the two companies.

Specifically, SoftwareONE said it would expand its application services and SAP on Azure capabilities by hiring and training up to 5,000 additional specialists by the end of 2023, in line with the SoftwareONE and Microsoft business plan underpinning the move, and expected revenue growth over that period.

In NZ, the company is currently looking to hire two Microsoft cloud specialists to support Kerr and the existing local team, along with local customers.

Kerr comes to the role after just over a year at Rackspace Technology, which he joined after six years at Microsoft, where held a variety of roles, including senior partner development manager. He has also done time at Dimension Data, IBM, Gen-i and Plan B, where he was NZ business partner channels manager.

In a post on social media, Kerr said that the new appointment represented an “incredibly exciting opportunity” to help lead the SoftwareONE global strategy in expanding its business in New Zealand as a key region for A/NZ.

“SoftwareONE is a leading global provider of end-to-end software and cloud technology solutions, headquartered in Switzerland,” Kerr said in the post. “With over 7,500 staff in 88 countries, SoftwareONE is investing greatly in growing market share to support [its] customers and partners globally.

“SoftwareONE already [has] a well-established and fantastic team in New Zealand, largely based in Wellington, supporting enterprise and public sector customers.

“The appointment of a country manager will provide an immediate presence in Auckland as a base for expanding the team across the region to support our existing customers and begin introducing SoftwareONE and its breadth of services to new customers in New Zealand,” he said.