Vodafone is due to be sentenced later this year. 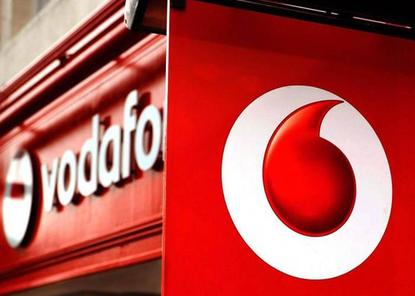 Auckland District Court has backed the Commerce Commission’s claims that Vodafone NZ misled customers with its FibreX-branded broadband service, finding the telco guilty of engaging in conduct that was liable to mislead consumers.

In 2018, the Commerce Commission laid 27 charges under the Fair Trading Act against Vodafone for engaging in false and misleading conduct in relation to its FibreX broadband service. The case was subsequently heard last year.

Now, the Auckland District Court has ruled that Vodafone was guilty of nine charges under section 11 of the Fair Trading Act.

These related to conduct in Wellington, Kapiti and Christchurch where its FibreX branded service was offered, between 26 October 2016 and 28 March 2018, according to the Commerce Commission.

In 2012, Vodafone purchased TelstraClear, including its network operating in Wellington, Christchurch and Kapiti. This network uses fibre optic cable to a street cabinet and coaxial copper cable from there to the home and is referred to as a hybrid fibre-coaxial network, the Commerce Commission said.

In 2015-2016, Vodafone upgraded its hybrid fibre-coaxial network to DOCSIS 3.1. Following completion of the upgrade in 2016,  the company rebranded the network as “FibreX” and undertook an advertising campaign in the Wellington, Kapiti and Christchurch regions to promote the service, according to the commission.

However, on 23 April, District Court Judge, Allison Anne Sinclair, found Vodafone’s branding and advertising was liable to mislead consumers into thinking that the FibreX-branded service was delivered over a fibre-to-the-home network, such as the services delivered over the Government-subsidised Ultra-Fast Broadband (UFB) networks, when it was not.

The Commerce Commission said Vodafone NZ did this by naming its broadband service “FibreX” and advertising on billboards, radio, in-store, online and in direct marketing, using phrases such as “FibreX is here” or “FibreX has arrived”.

“In fact, the advertised network uses fibre optic cable to a street cabinet and coaxial copper cable from there to the home and is referred to as a ‘hybrid fibre-coaxial network,” the Commerce Commission said in a statement.

In its case, the Commerce Commission argued that the word “fibre” was a generic description of the service “fibre-to-the-home”, where there is an end-to-end fibre connection, and that this was the meaning established in the minds of some consumers in Wellington, Kapiti and Christchurch by the time of Vodafone’s FibreX campaign in October 2016.

In her ruling, Judge Sinclair agreed that fixed line broadband networks are identified in telecommunications markets by the technology used for the last mile to the home or premise, and that in the case of the UFB networks, that is fibre optic cable.

Indeed, she rejected Vodafone’s argument that consumers would understand that FibreX was a “fibre like” network delivering superfast reliable broadband but not pure fibre, due to the ‘X’ in its name, the Commerce Commission said.

Vodafone is due to be sentenced later this year.

"Vodafone apologises to anyone who may have been confused by the marketing or broadband availability associated with its FibreX network, which would have been seen three to five years ago," Vodafone said in a statement.

"Notwithstanding today’s decision on events, Vodafone is proud to be able to offer ultrafast broadband over its own gigabit network, and HFC remains an important part of the digital services company’s network assets," the telco added.

According to Commerce Commission Chair Anna Rawlings, the case reinforces the importance of clear marketing to consumers, including in the name of a product.

“Businesses must take care to ensure that their description of the products and services they are offering is clear and unambiguous and is not liable to mislead their customers into thinking that they are getting something different from what is on offer,” Rawlings said.

“They must not operate under the assumption that consumers will make further enquiries to find out exactly what is being offered to them,” she added.