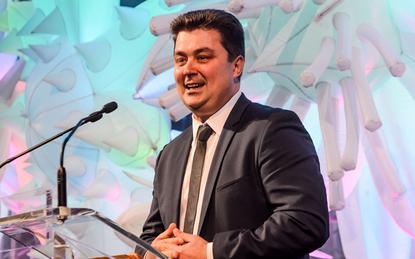 Dicker Data will distribute the complete range of Microsoft Surface products including Surface Pro, Surface Laptop, Surface Book and Surface Studio from 3 May.

Vlad Mitnovetski, executive director and chief operating officer of Dicker Data, said the company's relationship with Microsoft in Australia and New Zealand continued to grow because of the distributor's local knowledge and partner network, which made it easier for vendors to connect with the right partners.

“We’ve experienced strong demand in our device business in New Zealand over the last twelve months because of the work from home movement," Mitnovetski said.

Dicker Data New Zealand reported A$116 million in revenue for the year to 31 December 2019 with the total trans-Tasman business reporting $1.8 billion.

New Zealand revenue grew by A$27 million to A$143 million in 2020 while total Australian revenue lifted by $211.8 million taking Dicker Data through the A$2 billion revenue mark.

Mitnovetski said extending the Microsoft Surface range to resellers enabled Dicker to provide more industry-leading choice, further rounded out its portfolio, evolving its offering and solidifying the company's position as the "go-to device distributor" in the region.

Matt Bostwick, partner director at Microsoft said, Dicker Data had a proven record of driving growth in the channel across a number of Microsoft solution areas.

"Dicker Data has reach across the channel and the ability to broaden the market opportunity for Surface," he said. "They will enable more partners to include Surface as an option to help their customers get the tools they need to work the way they need to.”

Dicker Data has been recognised with Microsoft Distribution awards for 11 years. The company also boasts a gold distribution Microsoft competency and has a dedicated team who have been assisting partners build modern Microsoft practices within their businesses.