SaaS companies come out of all sorts of organisations, not just the start-up community 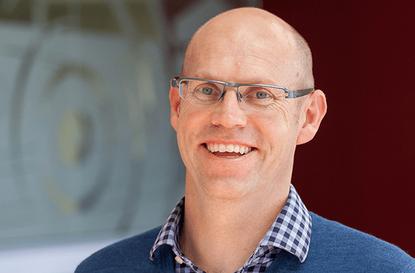 Microsoft NZ is signing around five new software-as-a-service (SaaS) partners a month, driving business for its Azure cloud and creating a virtuous circle for partners and their customers as well.

Partner director Matt Bostwick says while the company has a traditional channel and a SaaS channel, they are not incompatible.

Some traditional channel partners, consultancies and service providers, are also becoming SaaS partners, spurred in part by the arrival of the COVID-19 pandemic.

“We build together, we help them build and we help them take what they building and build a sales channel for them offshore through our networks," Bostwick told Reseller News. "We see that as a partner play.”

Traditional partners are having a bumper year, he said, driven by demand for digital solutions for remote work and to stay connected in uncertain times.

"There are a lot of positives for the channel broadly out of that forced transformation that has come out of the pandemic," he said.

However, with the announcement of a new local data centre region arriving soon in New Zealand, there are also lots of new discussions breaking out with organisations looking to really embark on their own cloud journeys.

"For me, part of that is the shift of the centre of gravity towards hyperscale global cloud as a place to get things done," Bostwick said.

"That underpins a real drive towards investment, skilling and capability in some of those cloud platforms," Bostwick said.

The most telling statistic, however, was that Microsoft NZ, on average, brought around five new SaaS partners on board each month over the last year and was getting a lot more enquiries.

"That reflects the real strength and health of that part of the channel," Bostwick said.

"We've given ourselves some targets and focused hard on how we can support organisations to build SaaS companies partnering with Microsoft," he said. "We are seeing really strong growth."

That growth has highlighted something else: a SaaS company is not necessarily what many people think.

"When think about where a SaaS company comes from – we think there’s all these incubators and startup accelerators and people with great ideas sitting there in basketball boots and pony-tails and cool t-shits.

"But there are lots of other places where SaaS companies come from."

One example is local consultancy Theta Systems, which has taken some of its existing IP to the cloud to both address the challenges posed by the pandemic on its own business and to help customers deal with their COVID challenges.

While best known as an ICT consultancy, Theta has been investing steadily in innovation for some years now.

More recently, it took an application acquired as part of its 2019 buyout of Designertech to a global audience as a SaaS product on Azure.

Andrew Taylor, director and head of product at Theta, has been leading a team rebuilding a reception register product called Eva Receptionist into a SaaS tool that addresses urgent COVID-19 contact tracing needs.

While there was a plan before the pandemic to move Eva to SaaS and to give it its own attention and space, the vision for that project blossomed into something much bigger when COVID-19 arrived.

Eva had been a tablet and touch-screen based system for visitor check-in, but it quickly became clear that was not what the world was now looking for.

"We needed to be thinking about contactless experience," Taylor said.

On top of that, businesses were asking how to manage this in relation to new contact tracing requirements.

The team "downed tools" on the original rewrite and spun up a whole new brand, Eva Check-in, a contactless system that used QR codes before New Zealand's COVID Tracer app.

And it has been very successful, Taylor said. A lot of organisations are now using it across NZ and Taylor himself was doing five demos a day to prospects.

It was the most intense market test you could have, he said, spurring a super-fast iteration cycle to answer feature requests.

"That was heaps of fun and we knew we had something that worked for people and also for site health and safety," Taylor said.

But Eva's real success came in Queensland, where the SaaS version is used for one of the biggest providers for contact tracing as well as in closely related visitor management and contractor management applications.

"We had to build a good portion but had the bones and that meant we could turn it around in a couple of weeks," Taylor said.

"It was still a lot of work. We had to develop new brand, website, payments and billing. Without Azure behind the scenes we couldn’t have done that."

Mobile apps for Android and Apple have been downloaded more than 100,000 times and new releases keep coming, including one to create digital visitor passes rather than the traditional sticky labels.

"COVID is temporary, but the need is permanent for general working environments," Taylor said.

Queensland Rugby is one major customer, using Eva's geofencing capability which can allow people to get checked in by location, without going to a gate.

That's is great in time of pandemic, but also useful to understand how many people are turning up for a game on a Saturday.

While consultative sales are the mode for enterprises, especially in relation to addressing questions around cyber security and privacy, for everyone else, SaaS helps overcome the tyranny of distance by allowing potential customers to discover the app, sign up cheaply for a trial and go.

Bostwick said Microsoft is seeing a lot of organisations that had developed traditional on-premises software and now wanted to turn that into a SaaS product, to go global and to be able to scale without increasing costs.

So does that require a complete rebuild? That depends.

"Microsoft has a team of experts who will work with partners that come into our SaaS partner programme to evaluate that," Bostwick said.

"It could be anything from a small project to quite a significant one. A lot comes down to how much technical debt there is in the software, architecture, dependencies on third-party integrations and software elements, and what type of technologies they used to build the software."

It was about sitting down, working it out and creating a plan.

Theta was going through that process with one of its other products, a classic on-premises style, bringing it through and trying to "SaaSify" it and change its architecture, Taylor said.

"There’s a bit of a journey there. We can see there is likely an intermediate state and then a final state that will be better from a cost management perspective."

With the advent of COVID-19, a lot of organisations were now looking at SaaS as part of their go-to-market strategy, answering concerns around how they can deal with large organisations in the US and elsewhere when they can’t be there personally.

"That's part of what the Microsoft programme offers," Bostwick said.

"Any large organisation around the world will have a Microsoft connection. There will be an account team or they might have some element of the Microsoft stack.

"We often have connections into those potential customers and we can help SaaS partners, like Theta or Eva, to make connections whether it's working with our sales teams in Australia or the US or UK or elsewhere or using our Marketplace as a starting point to get a bit of visibility."

The days when the CEOs and sales leaders would jump on NZ8 to San Francisco and be on the ground in the US to do the calls, the demonstrations and to sign the the deals are, effectively, over.

"You can’t do that any more," Bostwick said. "It's very hard to sell a piece of on premise software when you can’t be there.

"It's much easier to scale through things like marketplaces as and give customers a chance to discover it explore it and test it when they can access it as a SaaS product."

But what happens when, or if, the pandemic ends?

Some of the new normal is becoming locked in, Bostwick said and we will be working "hybrid" for the foreseeable future.

There was an acceptance of that when selling Eva, Taylor said.

"The barrier to entry is lower, They may be working from anywhere and you could be from anywhere too. That hopefully will persist."

It’s an 'and' world now, said Bostwick, with multiple modes of engagement becoming acceptable or even preferable.

"The travel we saw will take a while to come back and a lot of people asking whether that is sustainable and the right way to do things," he said.