MongoDB likely to be the next open source database on offer. 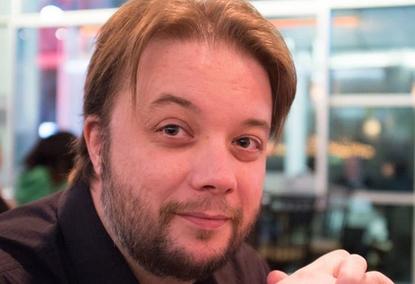 Catalyst Cloud is now offering PostgreSQL as an alternative to proprietary databases in its new managed database service.

The company launched the managed database as a service offering into tech preview five months ago, saying the fully automated database infrastructure allowed customers to focus on delivering what really mattered for their businesses

The service, now in beta, was also touted as a way for customers to keep all business data safely in New Zealand.

The MySQL 5.7 database engine was available from launch and has now been joined by PostgreSQL.

Market analysis by DB Engines put PostgreSQL in fourth place in the database market, however it was growing much faster than the three ahead of it -- Oracle, MySQL and Microsoft SQL Server.

PostgreSQL is a popular target for migration from legacy enterprise database engines, with high standards compliance and capabilities that match legacy engines but without the high license costs, Catalyst Cloud said.

Chief technology officer David Zanetti said the rollout was an important step to help kiwi businesses both to keep their data safely in New Zealand and under New Zealand laws and to escape the high price of legacy database systems.

"PostgreSQL is widely regarded as the best open-source candidate for moving databases from Oracle, because of the high similarity in how the two engines work," he said.

"Oracle has a massive footprint in the enterprise space but the licensing implications are starting to hurt many organisations."

Many providers had implemented schema and data analysis tools to assist with moving Oracle to PostgreSQL, he said.

"Our platform now supports the two most common open source relational database engines," Zanetti said. "We are likely to move to support document-style engines, such as MongoDB, next."

PostgreSQL is, however, also available from the hyperscale cloud providers, AWS, Microsoft Azure and Google.

"We think it's a good thing that PostgreSQL is available as a service from a number of providers, and it suggests a demand for it," Zanetti told Reseller News.

"Keeping data local is not just about being able to store it in object stores or on disk, but also higher level services like managed databases. It's important the processing of data is also possible within New Zealand, and not just storage."

The European Union's general data protection regulation and New Zealand's Privacy Act were headed in that direction, he said.

The database engines were provided on pay-as-you-go pricing, with the flexibility to run a database for only the time it was needed.

This was valuable for tasks such as disaster recovery testing, maintaining test versions of applications that may not be used full time, and many other situations.