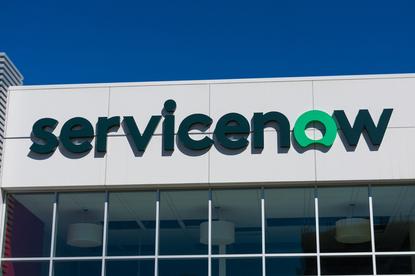 COVID-19's erosion of informal mechanisms in the workplace has been a boon for enterprise service management (ESM) vendors. For example, if you worked on a large corporate campus pre-pandemic and had an HR question, you could literally wander the halls to find your answer.

ESM vendors all saw revenue increase last year, according to Betz, as enterprises recognised the need to publish services in service catalogs where employees working from home could find them.

ServiceNow is among the key ESM vendors profiting from this shift: In January it posted its sixth consecutive quarter of year-on-year revenue growth over 30 per cent. The company has also just posted an update to the Now Platform software on which its ESM offering is built.

Stephen Elliot, IDC’s program vice president for management software and devops, sees improvements in three areas with this release: allowing enterprises to take advantage of ServiceNow faster; further differentiating ServiceNow’s offering through artificial intelligence and more automation; and a focus on continuous optimisation of the way teams work and collaborate.

Those are all issues of concern for ServiceNow users, he said: “Increasingly, customers are looking at, ‘How fast can I learn this? How many people can hop on? How easy is it for me to work with my peer groups?’"

ServiceNow, he said, is looking to increase its role in enterprise automation: “They really want to be that platform of platforms, the thread to pull all the workflows together.”

Although ServiceNow is making it easier for anyone to begin coding with the Quebec release, enterprises must think carefully before giving just any end-user access to the new tools, warned Forester’s Betz.

“You can have the easiest-to-use development tool in the world, but if the person using it is not a logical thinker, bad things are going to ensue,” he said. That means ensuring (low) coders have a clear understanding of the enterprise data model and how the steps in the process they are automating depend on one another.

But he also made a case that software development — whether no-code, low-code, or pro-code — should no longer be reserved for the IT team, rolled up under a dedicated leader.

ServiceNow’s answer is to add a new category of workflows to the IT, employee (HR), and customer workflows it already supports. The new Creator workflows are intended to support the process of automating other workflows using two new low-code development tools.

The first, App Engine Studio, is a visual development environment that guides the creation process, while App Engine Templates are workflow building blocks that already embody some of the necessary logical thinking.

He suggested that CIOs wait for new coders to come forward themselves and let them develop something low-risk that they’re interested in: “There’s a lot of harmless workflows that are done in spreadsheets or emails. If somebody shows they’ve got an aptitude for it, have them move onto bigger and better things.”

If that sounds too freewheeling, then App Engine Templates can provide a way for ServiceNow to respond to a different need: governance.

CIOs are looking to put guard rails around development tools such as this, to take care of access rights and security, according to IDC’s Elliot. “ServiceNow is in an interesting spot,” he said. “They can put these guard rails in out-of-the-box templates right off the jump for developers or business analysts to write these things.”

Automating processes is all very well, but it doesn’t necessarily speed them up: There can still be bottlenecks. An enterprise might have a process in place for onboarding new employees that takes eight weeks from end to end, and it’s only through investigation and analysis that it can pinpoint security approvals, say, as the main cause of delay.

“In the context of a process management framework it’s not necessarily easy to run those kinds of analytics,” said Betz.

To respond to that need, ServiceNow has added new visual tools for process optimisation and workforce optimisation, identifying bottlenecks in workflows and monitoring staff workload and productivity. These are the most revolutionary elements in the Quebec update, according to Betz.

The modern knowledge worker has been under-managed or inappropriately managed, and the lack of visibility into knowledge work remains a problem for many enterprises, he said. The consolidation of workflows on platforms such as Now opens up the possibility of running analytics to identify processes in need of improvement, and where best to make those changes.

“Companies say that staff are their greatest asset,” he said, but “to start managing processes as enterprise resources is absolutely spot on here.”

With this release, ServiceNow is becoming an ERP-class solution, he said: “It’s no longer ERP for IT, it’s ERP for knowledge work.”

CIOs can also make use of these process management tools to ensure software development does not go off the rails, Betz said. Agile teams are often hostile to shared services and are reluctant to call on them in their code, fearing they will take too long. If CIOs can optimise internal shared processes to the point that developers can rely on them, they will be less likely to try to do everything themselves.

“You’ve got to be customer-focused because they will just go to Amazon and spin up a dev instance if you don’t produce it for them, and then you’ve got all kinds of security and compliance headaches,” he said.