Nextgen partners up with AWS in A/NZ

One of the first strategic areas Nextgen will prioritise under the new collaboration with AWS will be higher education. 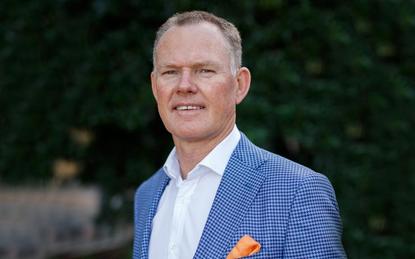 Nextgen Group is set to round out its multicloud strategy after being appointed as an Amazon Web Services (AWS) Public Sector Partner and AWS Distributor in Australia and New Zealand (A/NZ).

The deal sees the Sydney-headquartered distributor, which began life predominantly as an Oracle house, embark on a growth trajectory that is likely to see it dramatically build out its partner network and portfolio offering.

Nextgen already billed itself as an AWS Consulting Partner prior to the new deal. However, the company’s new status as a member of the cloud vendor’s Distribution Program means it will be in a position to recruit, enable and on-board systems integrators (SIs), managed service providers (MSPs), value-added resellers (VARs) and others to offer AWS services to customers.

As an AWS Public Sector Partner, Nextgen will work with AWS partners focused on supporting government, healthcare, education and the not-for-profit sectors across A/NZ.

One of the first strategic areas Nextgen will prioritise under the new collaboration with AWS will be higher education, according to Nextgen Group CEO John Walters.

"Nextgen has furthered its capability across the education sector and is focused on building a strong network of partners, software vendors, and technology providers to address research, student management and business operations solutions,” Walters said.

“We aim to modernise, optimise and leverage the latest cloud technologies to help our partners and customers to continue to innovate and build resiliency in order to bounce back from disruptions as a result of the pandemic,” he added.

Walters told ARN that Nextgen’s new status with AWS, which comes after prompting by its partner community, represents a major development for the ongoing evolution of the distributor.

“This is really core for us and allows a multicloud market strategy,” Walters said. “Our heritage is Oracle, with a focus on health and government, and that’s matured nicely.

“Some of our big partners, the GSIs [global systems integrators] for example, have been asking us for a while to go down a multicloud path. They’re comfortable dealing with Nextgen and getting a lot of value out of the broader Nextgen group...and they’ve been saying ‘it would be great if you could do multicloud,'” he said.

The new AWS partnership has been in the works for a while, with Nextgen starting to investigate such a collaboration with AWS a couple of years ago, according to Walters. From Walters’ perspective, AWS was clearly the market leader in the public cloud space, so it made sense to work on partnering with the vendor to truly round out Nextgen’s multicloud offering.

From AWS’ perspective, it was Nextgen’s experience in the public sector space that attracted the cloud vendor to the distributor, Walter suggested. Indeed, AWS was keen for Nextgen to continue its focus on the public sector market under the new partnership.

“With public sector organisations in Australia and New Zealand accelerating the way they serve citizens, using the cloud to achieve scientific breakthroughs and put more of their time and resources into their core mission, now more than ever, we need partners to support that transformation,” AWS Australia and New Zealand public sector country manager Iain Rouse said.

“Nextgen Group has a history of working closely with AWS and its partners to deliver customer outcomes. Their approach is unique and exciting for both AWS and our channel partners and we are pleased to deepen our collaboration by selecting them as a Public Sector Distribution Partner across Australia and New Zealand."

“We look forward to working with Nextgen and their partners to create a future where adaptability, scalability, reliability, security, and speed are in the forefront of citizen service delivery,” he added.

But the new agreement hasn’t come without some serious investment from Nextgen. The company is building a range of platforms and tools to support its AWS go-to-market activities, some of them in partnership with Australian AWS Advanced Technology Partner Stax.

“We’re working together now to develop a billing and provisioning platform with Stax,” Walters said.

While Nextgen has started building a presence in Asia, in addition to its A/NZ footprint, the AWS agreement only extends across the Tasman – for now, at least.

However, Walters indicated that when the company’s Asian business, which is being headed up by former Tech Data A/NZ country general manager Wendy O’Keeffe from Singapore, matures to a point where it can “add value to the AWS community” there, he may revisit the prospect of partnering with AWS in the region.

The deal expands on an existing collaboration agreement between the two companies and will broadly see Ingram Micro Cloud bolster relationships with SIs and VARs for AWS through partner enablement and support initiatives.

While the timing of Nextgen’s new partnership is likely entirely coincidental, both partnerships come at a time of increased cloud adoption among organisations of all sizes, after the effects of pandemic on industry forces companies to rethink their IT infrastructure.