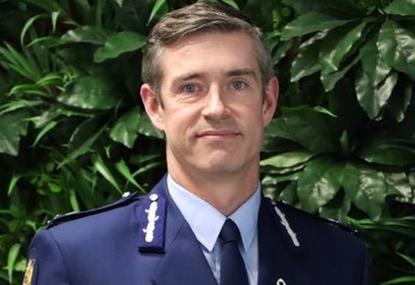 Under criticism for some of its information gathering programmes, the NZ Police today announced an independent, expert panel would provide advice on potential issues.

Police said emergent technologies had an increasingly important part to play in modern policing, but it was necessary that any potential significant new technology was well considered before being applied.

“In September 2020, we announced the development of a Police policy to ensure appropriate consideration ahead of the trial or use of new technology capabilities," said Mark Evans, Police deputy chief executive insights and deployment.

"We also committed to establishing an independent expert panel to advise on technology matters. A six-member panel has now been established."

Police have faced heavy criticism for building a national database of photographs and other details of young people, collected in a specially designed app.

The collection appeared to be done in a way that precluded true consent from either the children or their guardians.

However, Police commissioner Andrew Coster was also called a "wokester" by opposition MP and former leader Simon Bridges, who also said he was more concerned about being "hip" and "nice" than in catching criminals.

The panel will be chaired by professor Colin Gavaghan from Otago University and director of the Centre for Law and Policy in Emerging Technologies, which  examines legal, ethical, and policy issues around new technologies.

Gavaghan said leading the panel was a responsibility he took very seriously.

“Emergent technologies offer great benefits in terms of accuracy and efficiency”, Gavaghan said. “But particularly in high stakes areas like policing, it’s so important that we watch out for potential pitfalls.

"Before any new technology is deployed in those sorts of contexts, we need to make sure that we’ve thought through what it might mean for privacy, fairness and human rights."

Police increasingly use new technology in their day-to-day work, such as CCTV or automatic number plate recognition, Evans said.

Technology was essential as it enabled Police to operate more effectively and supported innovation.

“While innovation is critical to delivering an effective police service, it is our duty to ensure that privacy, ethical, and human rights implications have been taken into account before deciding to pilot or introduce new technology capabilities," he said.

“The creation of this panel is the next step, following the introduction of our test and trial policy, in ensuring we understand and assess potential technology and its implications before testing or adopting it.

“The way we police impacts on every person in our communities, so we must do our best to deliver a police service that New Zealanders quite rightly expect and deserve.”

The test and trial policy says New Zealand's system of policing was by consent and based on trust and confidence in how Police delivered its services and on a social license granted by the community.

"Concerns about overly-wide access to certain technologies, or a lack of clarity around how certain policing decisions are made, can undermine public trust and confidence and Police’s social license," it says.

While advice from the panel will be received and considered in confidence, NZ Police said it was committed to making the expert panel’s advice public wherever possible.

However, this might not be possible in every case, for example where disclosure would breach commercial obligations.