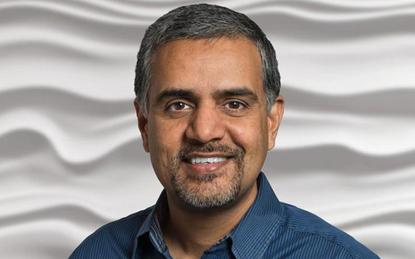 Aruba’s performance since then has largely borne out Orr’s bullish prediction, as the vendor has become the driving force behind HPE’s enterprise networking efforts and dramatically grown its market share, expanding beyond its roots as a primarily mid-sized campus networking provider to become a leading competitor to the market’s 800-pound gorilla, Cisco.

With HPE’s most recent earnings reports showing the Aruba division having posted $806 million in revenues for the first fiscal quarter of 2021, up 12 per cent year-over-year, Keerti Melkote, president and founder of Aruba, sat down with Network World to talk about network architecture, competing technologies and more.

What’s the biggest challenge for enterprise networking teams in 2021?

“The first one, I think, is the fact that the workforce has been remote for the last 12 months, and for the foreseeable future, they’re going to [stay] remote, but when they do come back, the hybrid model will be in place. Networks were never designed with that in mind; they were designed for people to be in the office and maybe periodically checking in via VPN. The challenge is, how do you support that? And security is a huge part of the answer.”

“There’s a stark difference in how networks were built in the past and how they’re going to be built in the future. In the past, you’d have your infrastructure in a glass house in the data centre, then establish a wide-area network so that your workers can access it. Now, you still have the data center, of course, but you also have clouds. The application real estate has shifted.”

Telecoms have been bullish about 5G’s potential to serve large parts of the enterprise network, including some that have been traditionally serviced by Wi-Fi. Are you worried Aruba’s going to be undercut?

"If you go inside a building sometimes, the penetration of those radio waves isn’t that great. So Wi-Fi 6 tends to be the primary indoor connection, and the good news is that Wi-Fi 6 is part of the 5G/RAN architecture, so as a 5G subscriber, you don’t have to have the experience of exclusively connecting to the 5G network. Our thesis is that you will use both.”

Aruba’s got a complex suite of products that includes both on-premises management systems and Aruba Central, a cloud-based, single-pane control and visibility suite for network management. Are there plans afoot to simplify the acquisition and onboarding process for customers?

“We had controllers that would be deployed inside a network, mobile-first architecture. As we evolve toward the cloud-native, we’ve got a cloud services platform. Access points will still be in the building, but the control and management will live in the cloud, and it’ll be consistent and, in fact, richer than the operating systems we’ve got now.”

“Ultimately, there are really only two parts for the customer. One part is when the customer has to stay on premises, whether for security or regulatory reasons. In those circumstances, we’ll continue to support them with an on-premises offering modelled after the cloud. If you have a contract with Aruba, you’ll be able to migrate to the cloud. The underpinning of both pathways is based on Aruba Central, and what we’ll deliver is Aruba Central [network-monitoring console] in the cloud or on-premise.”

By most analysts’ accounts, Aruba’s doing quite well as an edge-services provider, even as that market continues to evolve. What differentiates your offering in that area from your chief competitors?

“Dell doesn’t have an edge; they sell servers, but that hardly constitutes an edge story. Cisco’s obviously a networking player with edge-network capabilities, but they don’t have the compute and storage we can bring to the table with HPE.

"We have a unified offering with Aruba ESP—we’re able to provide a unified edge infrastructure. With Cisco you have to pick either DNA [on-premises network automation] or Meraki [cloud-based network management], and they’re very different, you can’t mix and match. Different hardware, different software. It isn’t an easy migration from one to the other. I’d say the same for smaller vendors, too, like Juniper Mist.”