The big ticket items in the IT market that are on Dicker Data's radar this year. 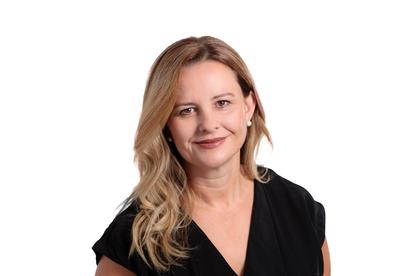 On 25 February Dicker Data revealed it had cracked A$2 billion in annual revenue for the first time, with the company’s chairman and CEO David Dicker understandably talking up the company’s 42 years of experience and its “significant” growth trajectory.

Self-congratulations aside, Dicker Data has enjoyed a rather meteoric rise in revenue and value over the past decade. Since it listed publicly on the Australian Securities Exchange (ASX) in January 2011, the company’s market capitalisation has surged from A$25 million to hover just below A$2 billion in recent weeks.

“Over a decade, an original shareholder’s stake of 10,000 shares at A$2,000 would now be worth around A$120,000. This solidifies the company’s status as a true Australian success story and a fast growing and high-returning stock,” Dicker said in a statement to shareholders on 25 February.

In the 12 months ending 30 June 2012, not long after becoming a public company, Dicker Data reported an annual revenue of A$456.65 million. It now pulls in more revenue than that each quarter.

Over the same time, net pre-tax profit per year has increased from A$12.27 million to A$81.86 million. Post-tax profit has similarly surged from A$8.28 million during the 2012 financial year to A$57.18 million in 2020, with the company now following the calendar year for its finances.

So, what has kept Dicker Data growing over the years without any major evidence of substantial backsliding? It’s not that the IT distributor market isn’t competitive. Indeed, Dicker Data competes against some of the world’s largest IT distributors, including Ingram Micro and Tech Data.

From the perspective of Dicker Data’s chief financial officer (CFO), Mary Stojcevski, a big part of the company’s ongoing success is its ability to spy the next big thing in the business IT landscape and go for it.

“Where we’ve excelled is identifying where the growth segments are and pivoting to those, and that’s why it's been more than 42 years in operation,” Stojcevski told ARN.

Dicker Data’s track record thus far suggests the company has done pretty well identifying the best places in the market to be playing as the technology industry marches ahead at its ever-increasing pace.

So, what are the big ticket items in the IT market that are on Dicker Data's radar this year?

In its FY2020 financials, Dicker Data told shareholders that this year, it expected to see hybrid work models adopted, underpinned by 5G, as well as the acceleration of digital transformation and the evolving hybrid workforce further driving the need for smarter, faster and collaborative technology solutions, along with a greater emphasis on security.

“As we move into 2021 and beyond, the digital transformation agendas of Australian and New Zealand businesses will continue to accelerate,” the company stated in its latest annual report. “The new hybrid working environment is driving the need for smart collaboration platforms that bridge the physical and virtual user experience.

“Connectivity and bandwidth are top of mind for governments, businesses, schools, communities and individuals as they embrace an always-on, connect-from-anywhere approach using technologies such as 5G.

“The everything-as-a-service (XaaS) movement is increasing commercial confidence in the adoption of technology via subscription models, which is an area that benefited many businesses throughout the pandemic as they scaled their subscription commitments to meet the changing needs of their business,” it added.

Security, meanwhile, will also be a key area of focus for every business in 2021, the company said, noting that the rapid shift to remote working that occurred as lockdowns swept across the country resulted in many businesses focusing on keeping their lights on while, at the same time, their security posture, both internal and external to the organisation, fell lower down the priority list.

This year, according to Dicker Data, will see businesses refocus on security, invest in the required technologies and ensure their corporate environments are protected against the global cyberthreat landscape, which continues to evolve at pace.

“Technologies such as zero trust will become more prevalent to protect both businesses and their employees as they connect to their corporate networks from anywhere, anytime,” Dicker Data told shareholders.

Meanwhile, the distributor flagged that it expected to see the spike in demand for devices the market saw in 2020 continue throughout 2021 — no bad news for a company that continues to shift more hardware than anything else.

“PC manufacturers are innovating at a rate not seen since the introduction of the personal computer as they vie for more market share and attempt to address the shortcomings of traditional devices in light of new technology, such as augmented reality (AR), that is gaining momentum and revolutionising the way consumers interact with products,” the company said.

At the same time, the company is anticipating a high level of growth in automation, machine learning and data capture and analysis tools, as businesses and governments seek increased efficiency and productivity within their operations.

According to Dicker Data executive director and chief operating officer (COO) Vlad Mitnovetski, the coming year will also see the company double down on the existing areas in which it already flourishes.

“We have a good hybrid business, a good transactional part of the business, good services arm, and we’re going to continue with that strategy — it’s all about servicing enterprise, midmarket and SMB [small- to medium-sized] market. And, of course, we cross-sell different technology.”

No doubt, virtualisation will also play a big part in the company's strategy this year and beyond, with VMware recently appointing Dicker Data as a new distributor — at least in the Australian market, joining Westcon-Comstor and Rhipe. In New Zealand, VMware has stuck with Westcon-Comstor, Ingram Micro and Rhipe.

And while change is inevitable — indeed, openly welcomed as new opportunities arise — Mitnovetski is clear that there’s one thing that should stay the same.

“Here, it’s about consistency and predictability. In this business it’s not going to work if you’re not consistent, we continually need to be incredibly consistent,” he said.