Pandemic toll: Spark reports its first half-year beneath the shadow of COVID-19

Revenue heads south due to loss of roaming and lower immigration 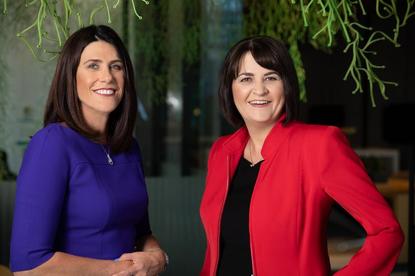 Telco Spark saw revenue decline 1.5 per cent in the six months to 31 December 2020 due in part to the loss of higher-margin mobile roaming revenue during the COVID-19 pandemic.

Spark reported revenues of $1.8 billion for the half year, down from $1.82 billion the year before.

Last April, Reseller News reported telcos were facing a loss of around $90 million in revenue from the high margin roaming segment due to the pandemic. Spark, including its Skinny budget brand, faced the biggest impact of around $37 million a year.

Spark today reported it had lost $26 million of roaming revenue during the half year.

“COVID-19 has continued to challenge us as a nation, but it is encouraging to see New Zealand’s economy bouncing back more quickly than expected," said Spark chair Justine Smyth.

“With borders closed for the foreseeable future we have had to adapt at pace to the ongoing loss of mobile roaming revenues and lower growth broadband and prepaid markets."

The implications of COVID-19 for Spark have become clearer during the first half, with the overall 2021 EBITDAI impact now expected to be $50 million, versus the original estimate of $75 million.

Stripping out the impact of the loss of roaming, mobile service revenue increased 3.8 per cent from 2020.

Growth in cloud, security and service management revenue was strong, up 4.6 per cent to $229 million.

Declining immigration due to border closures was also a factor in lower broadband and prepaid market revenues.

Spark said around 44,000 fewer people migrating to New Zealand in the half compared with the same period a year earlier.

Cost management saw operating expenses decrease by $30 million, or 2.3 per cent, offsetting revenue declines. As a result, EBITDAI grew 0.4 per cent to $502 million.

With the launch of a new Spark App, a further 18 per cent of customer care interactions now being self-solved digitally, and more than 100 legacy plans had already been retired.

“We are also introducing a new frontline operating model where we are cross-skilling our customer care team members to improve first contact resolution, which is an important driver of customer satisfaction, and productivity," she said.

“Demand for business transformation and digitisation continues to grow, spurred on by the rapid adoption of new ways of working established during COVID-19 lockdowns.

"We are investing behind digital skills programs for our small business customers, to support their adaptation to an increasingly digital marketplace."

While reduced immigration had impacted Spark's broadband growth aspirations in the short term, its longer-term wireless ambitions had not changed.

"There remains a significant addressable market, which continues to grow as we roll out 5G, and precision marketing is helping us to identify customers who are best suited to wireless broadband and provide them compelling, tailored offers," Hodson said.

“We have 5G available in five locations across New Zealand5, and we are now live testing in Christchurch, with mobile and wireless broadband offers launching to customers next month."