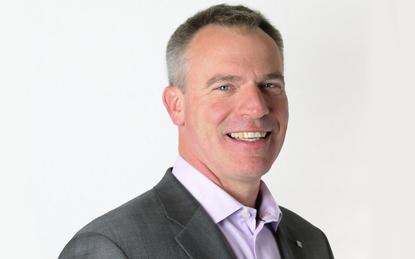 Fresh off a solid quarterly earnings report, Extreme Networks is set for an active 2021, according to Ed Meyercord, president and CEO of the networking company.

Extreme plans to roll out a range of new products to expand its universal networking family, which offers customers standardised hardware products that can be deployed across edge, aggregation, and wiring-closet environments.

Also on tap are upgrades to the company's core ExtremeCloudIQ cloud management platform, which has seen six straight quarters of customer growth and currently manages about 1.5 million networking elements.

Meyercord sat down for a virtual meeting with Network World to talk about the challenges of today's distributed networks and what to expect from Extreme in 2021, as the company approaches its 25th anniversary. This is an edited version of the conversation.

What do you see as the top challenges enterprise networking teams face in 2021?

We hear a lot about the complexity of more distributed networks. Do you think enterprise network customers' response to the pandemic has created more IT complexity that will need to be reined in?

The distributed nature of networking makes it more complicated, but bringing control and management of it to the cloud will reduce that complexity.

For example, our ExtremeCloudIQ cloud offers a variety of wired and wireless management, analytics, location tracking, security and IoT support. And users have cloud choice – including AWS, GCP and Azure. So from one location they can control the distributed environments they are building.

In your most recent results, you said ExtremeCloudIQ manages about 1.5 million networking elements. What does that tell you about your customers' strategies, and what direction do you think the platform will go in 2021?

The main thing is customers have to be thinking about a strategy to use the cloud to manage everything. The network has been an untapped resource when it comes to gathering meaningful data, and ExtremeCloudIQ changes that dynamic by gathering intelligence from all devices on the network, using AI and ML to act on that information and help grow applications and the business.

This summer Co-Pilot [Extreme's ExtremeCloudIQ automation package] will get additional automation capabilities that will feature ML and AI to drive more automation into the network.

Another thing customers are looking for is flexibility. I mentioned the variety of clouds we support, but we can also manage non-Extreme networking gear as well. That's a lot of intelligence we can deliver to customers from the cloud.

Talk about the customer uptake on new 5520 universal platform. I know it's relatively early in its lifecycle, but how it is being deployed and what can customers look forward to in 2021?

The 5520 was the most successful product launch in recent history – and we celebrate Extreme's 25th anniversary this year in May. In the coming months, customers will see an expanded family of wired and wireless universal switches that will continue to differentiate us from our competitors, particularly with our built-in cloud management support.

Many of our competitors have barriers in how they offer cloud services. With the universal platform and ExtremeCloudIQ, we think we offer networking and cloud-management flexibility from the edge to the core that our competitors can't.

Where does 5G fit into Extreme's plans?

5G is still very early in its implementations, but we expect it to be a broad part of our portfolio going forward. We think 5G will very much play into edge computing, and while service providers have been a small part of our business in the past, that’s going to change.

We are developing a next-generation packet broker that will be offered to service providers this year. In addition, we are developing a 5G NFVI [network functions virtualisation infrastructure] package as well. So we see a major growth opportunity with 5G.