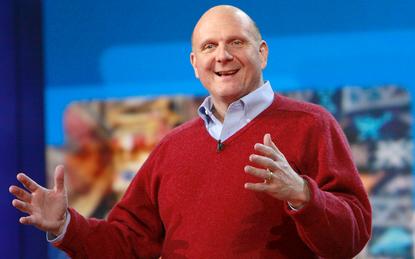 Steve Ballmer - former CEO of Microsoft - said it best. Developers are critically important, and developers were the unsung heroes of 2020. I suppose that shocks no one, and in a recent survey of executives by the NoSQL database firm Couchbase, 92 per cent of the executives agreed.

I secretly loathe the marketing term “digital transformation,” which is just a Gartneresque way of saying “using computers.” Yet if you have ever worked for a large company, you learn that much of everything is done in a hellishly inefficient way. “Sure, I’ll print out this form that basically has my name on it, sign it, scan it, email it, and follow up by phone in two weeks.”

Those processes broke down quickly as the pandemic made remote-first into more than lip service by companies that have a Slack server but only really hire people in Silicon Valley and make them commute for two hours into downtown San Francisco.

Management does not have the best reputation for being in tune with developer issues, but 49 per cent at least heard their development teams have too many things to do in too little time. Only 10 per cent said their teams have “no complaints ever,” which means they are either liars or they have a policy only to receive complaints unmasked and in person.

I have long been incredulous about the “developer shortage.” Having walked into buildings that looked like they were collecting developers as far as the eye could see—just to put them in grey boxes. Those same organisations wasted most of their developers’ time on the wrong tasks and poor communication, which they tried to solve with more meetings. The top two issues in the survey were goals and communication.

While many organisations downsized other roles as businesses transformed to adjust to another term that I hate, “the new normal,” they continued to add developers. Companies grew their development teams by almost 20 percent—at least outside the UK, where I guess they decided not just to Brexit but also Techxit—get it? I will get the door on my way out.

It seems as if 2021 is a new season by the same writers of 2020, so we can probably expect more of the same with more developers, more rapid transformation, and more poorly communicated unclear goals. However, it is nice to know that only 10 percent of executives are not listening.