Migration from copper bites a chunk out of Chorus 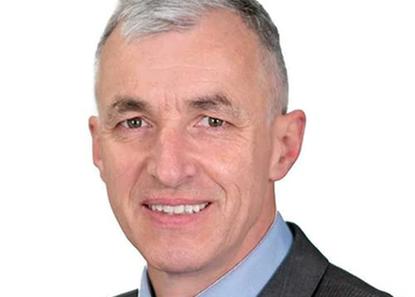 Chorus reported lower earnings and net profit for its half year to 31 December, mainly due to continued migration of customers from copper to fibre in non-Chorus regions.

Net profit fell from $31 million to $24 million year-on-year, while earnings before interest, tax, depreciation and amortisation fell to $323 million from $332 million for the half.

Operating revenue for the period was also down, from $483 million to $473 million.

Copper based services still delivered $151 million of Chorus' revenue for the half year. That was down. however, by $43 million from $194 million for the same period the year before.

CEO JB Rousselot said performance had been "solid", during what he described as an unusual first six months of the financial year.

“Auckland’s most recent lockdown has again emphasised the need for a reliable, congestion-free and unlimited broadband connection in the home," said Rousselot.

“With this in mind, I’m delighted that the second phase of our fibre build, UFB2, continues to track ahead of schedule and is now taking the socio-economic benefits of fibre to many smaller communities."

Some of the more remote townships that can now connect to fibre include Fox Glacier, National Park and Mokau.

Chorus said it will trial retiring copper in a limited number of areas where the uptake of fibre was already high.

“Outside of these limited initial trial areas, no one should feel under any pressure to move from copper," Rousselot said.

"There is no overnight switch-off of the copper network. Our plans in the next 12 months are expected to affect less than one percent of the half million customers still on copper today.”

Rousselot said a six-month notification period meant customers would have plenty of time to make choices suitable for them and the first copper cabinets would not be switched off until September at the earliest.

Chorus said the Commerce Commission’s broadband testing raised "clear questions" about some of the claims being made by fixed wireless providers.

Consumers whose providers are switching them to fixed wireless services "with little or no consultation", the company said, should ask questions about what average network speed guarantees were being offered, especially during peak times in the evenings.

They also needed to ask themselves whether performance features such as low latency, unlimited data and high quality video streaming were important as well as to make careful price comparisons.

Chorus maintained its guidance for full year year EBITDA between $640 million and $660 million but said it was tracking towards the lower half of that range.