Upcoming update for Windows 10 won't offer any major new features, making it more likely the H2 upgrade will have more to offer users 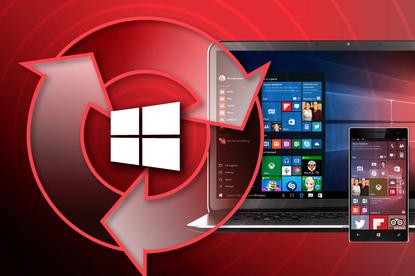 Microsoft will release an update for Windows 10 in the coming months, contrary to earlier reports that claimed the company would omit a first-half refresh of the operating system.

In a February 15 post to the WinHEC blog — a message centre used to keep Microsoft's hardware partners informed — the Redmond said that the next upgrade, designated 21H1, will "follow the same [hardware compatibility] guidelines as 20H2," referring to the feature upgrade released last October.

Last year, reports surfaced asserting that Microsoft would forgo a spring feature upgrade all together so that the slot could be dedicated to the launch of Windows 10X, the firm's latest attempt to craft a lighter-weight OS that can compete with Google's Chrome OS. The WinHEC announcement put paid to such talk.

Microsoft's revelation about 21H1 — Microsoft's newest nomenclature using yy and H1 and H2 for first- and second-half of the year updates — also implied that it will be 2021's "minor," not its "major" upgrade, as in years past.

In 2019 and 2020, Microsoft used a "major-minor" rhythm for Windows 10's upgrades. Rather than two more-or-less equal updates in a year, each sporting a long list of new features and improved functionality, Microsoft issued a "major" release in the spring and a "minor" one in the fall. The former contained the usual bunch of new features while the latter was essentially a rerun of the spring's refresh, albeit with a handful of new, inconsequential tools.

That Windows 10 21H1 will be a minor upgrade was made clear by Microsoft when in the announcement it went down the list of partners' activities, noting "No change," "No change" and "No change." The text of that bulletin was virtually identical to the ones that targeted Windows 10 20H2 and Windows 10 1903, the operating system's other minor updates.

Meanwhile, past instances of major upgrades have been preceded by proclamations from WHCP (Windows Hardware Compatibility Program) that have told partners that their new hardware drivers "are now being accepted," indicating that changes in the next version of the OS would be significant enough to justify re-certifying those drivers. Both Windows 10 2004 and Windows 10 1903, the past pair of major upgrades, came with such notices.

If Windows 10 21H1 becomes the year's minor feature upgrade, customers should assume that the fall release, aka 21H2, will be the major. (Not making this assumption means that Microsoft goes with two minor updates or only one; in either case, the company's motto of "Windows as a service" will ring hollow.)

Microsoft has said nothing about Windows 10 21H1's release timetable, but if it followed last year's schedule it will circle a date in two months and launch the upgrade during the last full week of May.