Pratt had held the CEO role since the company's founding. 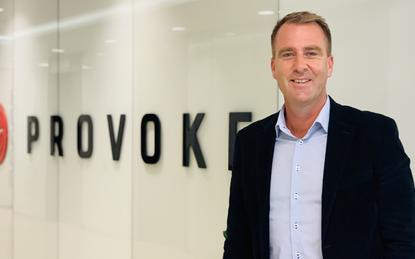 It’s the end of an era at Provoke Solutions, with longtime founding CEO Mason Pratt stepping out of the role to become executive director (APAC), making way for former Nexient chief sales and marketing officer Andy Lin to take the reins as the company’s new CEO.

Pratt, who co-founded Provoke with four other partners, leaves the CEO role after holding the post since its inception in 2001.

According to Pratt, the Wellington-founded software design and development provider has taken on Lin, currently based in California where Provoke now has its headquarters, to help take the company to the “next level”.

“Twenty years ago, I sat down with a bunch of like minded individuals to start a business called Provoke,” Pratt said in a social media post on 16 February. “The goal was to create a place that would attract the best and brightest in our industry.

“We wanted to build a company culture that would inspire creativity, strive for excellence and ‘provoke’ change in the software market. Reflecting on this now, I think the ‘royal we’ have done a bloody good job at meeting those goals.

“It’s with much excitement and equal parts sadness I started a new role at Provoke today. I’ve taken on the role of executive director. Today I handed the keys to the kingdom to Andy Lin who’s been charged with taking us to the next level,” he added.

Lin comes to the new role after four years with Nexient, which bills itself as the largest 100 per cent agile software services firm in the United States. He has also done time with AdvisoryCloud and Appirio.

“I am thrilled to be taking the reins at a new company, a career goal I’ve had for some time,” Lin said in a post on social media.

Headquartered in San Diego, Bridgewest is a global investment platform with expertise across technology, biotech, wireless communications, infrastructure for internet of things (IoT) and semi-conductor sectors, in addition to real estate and financial services.

The transaction covered 100 per cent of the holding company that owned and operated Provoke in New Zealand and North America, alongside subsidiaries SuiteFiles and the newly launched start-up SpiderWorks.

Prior to the deal, Bridgewest had been a major funder of Provoke for at least 18 months, working closely with the company directors since forming a strategic alliance in 2017.