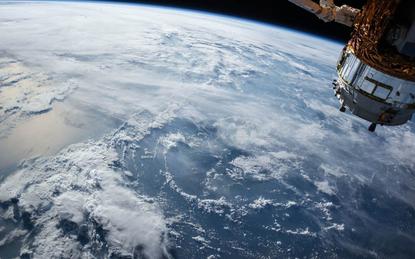 Wholesaler Kacific will provide internet bandwidth via its Kacific-1 satellite, which was launched in December 2019, and will provide financial support including investment in customer terminals and marketing.

In return, rural broadband specialist Bigblu will provide all sales, marketing and end user support functions including billing and the installation of equipment.

Kacific is reportedly registered in Vanuatu but its CEO, Christian Patouraux, is based in Singapore.

Bigblu, which is listed on the London Stock Exchange, said it anticipated it would invest up to £1 million (NZ$1.9 million) in the first year of the agreement as the business scaled up through the provision of in-country field operations and reseller activities.

"As per the European operations that we successfully sold, we aim to deliver faster, cheaper broadband with increasingly attractive data packages," said Andrew Walwyn, chief executive officer of Bigblu.

"Importantly, this will provide us with a basis to further grow recurring revenues and also provides an entry point into the wider Asia Pacific region.”

The investment would be partially offset by revenue share with Kacific. Bigblu anticipated the project would break even within around 20 months of launch and would be earnings accretive thereafter.

The expansion into New Zealand, targeting 3500 customers in the next 18 months, will be managed from the company’s Australasian headquarters in Brisbane.

Packages offered include download speeds of up to 75Mbit/s, Bigblu said, and the first such super-fast satellite broadband service available to consumers in New Zealand.

Currently, 93 per cent of Kiwi households have internet access with around half adopting fibre.

The packages would offer attractive pricing and a "genuine alternative" to comparable terrestrial broadband.

Bigblu had invested similarly into Skymesh in Australia to create a presence in the region and also operated in the UK and the Nordic countries.

New Zealand has approximately 1.7 million  homes, with fibre to the premises at lower rates than in Europe, with topographic constraints limiting the possibility to roll out fibre in some regions.