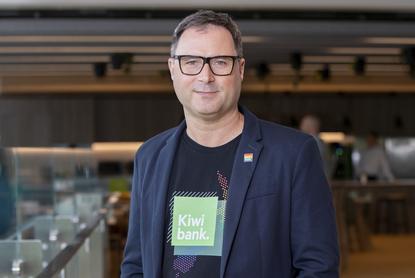 Kiwibank is continuing to bolster its internal technology capabilities, making two senior appointments to its digital and technology leadership team.

The new hires complete a team that has grown significantly in experience under chief digital and technology officer Hamish Rumbold, who was appointed in late 2019.

The recent hires and earlier appointments mark a strategic shift for the bank away from core transactional systems and towards delivering better customer experiences.

“Some components of the strategic design have concluded and we are now reviewing the technology options and approach to deliver the type of experience our customers are telling us they want,” the bank told Parliament’s finance and expenditure committee last year.

That appears to be being backed up with, for example, a project extending the use of ServiceNow out of technology services and into a broader customer service management role.

Now, Ranjit Jayanandhan has been appointed as general manager foundation tech experience hub and David Palmer takes on the role of general manager customer offerings and new platforms next month.

Palmer, originally from the UK, joins Kiwibank from his role as global programme director at Macquarie Bank in Sydney. He has also worked for several high-profile European banks, including the Royal Bank of Scotland and Barclays.

Jayanandhan was working as technical area lead (engineering manager) at ANZ Bank in the core banking space. He has a background in mathematics and engineering and worked in the United States for more than a decade before moving here in 2016.

In addition, Jeremy Corkin joined Kiwibank in October 2020 as general manager customer and front office experience hub. He was most recently head of engineering, leading teams across mobile, internet banking and micro-services platforms at ANZ.

“Over the past year as we’ve implemented new solutions and made some great gains such as shorter turn arounds for home lending customers, a reduction in call-wait times, and we’ve implemented a digital ID solution for new credit card applications," Rumbold said.

"Our digital and technology team are working more closely than ever with teams from around the bank, so that we can better understand the needs, challenges, and opportunities of both our customers and teams.

“It’s an exciting time as we continue to invest in our people and foundational technology with the end goal of providing an unbeatable customer and team experience."

Extending the use of ServiceNow, the bank was delivering multiple new forms and services every two weeks to realise customer cost and experience benefits, the bank's general manager of enterprise operations James Woodward told a ServiceNow conference late last year.

New rollouts, spurred in part by pandemic demands, were ongoing. The CSM platform was now dubbed te piriti – te reo, or "the bridge", referring to the bridge between frontline and backline staff and across teams within the bank.