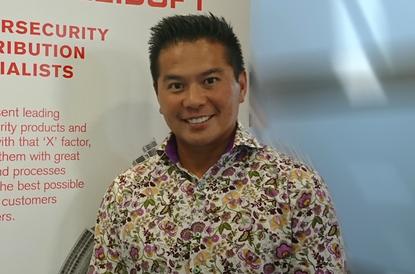 Alex Teh told Reseller News LogRhythm was now being used by local managed service providers such as The Instillery, Advantage, Inde, Linear Stack, NSP and CodeBlue.

“I believe the implications for them in terms of being able to add network detection and response (NDR) to their existing security incident and event management (SIEM) deployment is massive and should generate a lot of interest in the partner community,” Teh said.

Many partners were or are currently selling DarkTrace in that role, he said.

Users were trying to simplify, optimise and extend their detection and response capabilities, LogRhythm said, so they were looking to vendors to provide more holistic services, which in turn was fueling market consolidation.

Chillisoft was named LogRhythm's A/NZ distributor of the year last July in recognition of the sales growth it had achieved across many market verticals.

LogRhythm’s SaaS platform and cloud collection capabilities, combined with MistNet's distributed analytics, would help customers to manage their security and compliance needs easily and with a high return on investment, LogRhythm said.