Is the A/NZ channel shrinking?

With A/NZ’s M&A momentum showing no signs of slowing down, what are the market implications for an increasingly consolidated channel? 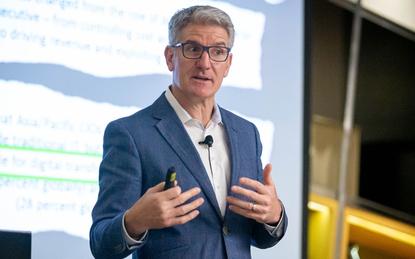 Two weeks into 2021 and the merger and acquisition (M&A) frenzy of last year already shows little sign of waning in Australia and New Zealand.

With global integrator Cognizant snapping up Australian data and analytics firm Servian and Infosys buying Carter Digital, the region’s channel could be set for yet another long wave of consolidation as vendors and partners alike pursue expansion and exit strategies.

In total, analyst firm Tech Research Asia (TRA) tracked 103 deals in Australia last year, a marginal decline from 2019’s 108, but evidently showing an upward trajectory from 2017 and 2018, when the numbers hit 86 and 90, respectively.

Privately, some channel leaders have raised fears to ARN about the impact of the rampant M&A within the A/NZ channel. These concerns in particular focus on whether there are enough local upcoming start-ups and technology companies to fill the gaps within an increasingly consolidated market.

As one vendor leader put it to ARN, vendors, especially those in traditional IT infrastructure and hardware, are already are fighting over an increasingly smaller pool of channel partners and talent. Further consolidation can only exacerbate this problem, the executive added.

However, Tech Research Asia analyst Mark Iles sought to downplay the idea that the A/NZ channel market is under risk of increasing shrinkage.

“There are new companies being spun up to address new market opportunities all the time and we don’t see any slowdown in that,” he said to ARN.

However, that is not to say there it’s necessarily plain sailing for any upcoming channel players in A/NZ, especially those in the software arena.

Funding is naturally a big issue for any budding technology player and although, as Iles acknowledged, the Australian government has made some steps towards this, most businesses startup with their own capital. This perhaps explains the proliferation of services focused businesses, which are, easier to spin up, the analyst pointed out.

During EDGE 2020, Hugh Richards of specialist trans-Tasman financial advisory firm TMT Partners said software – in particular, software-as-a-service (SaaS) – businesses are some of the most in-demand from buyers. As he explained during November’s virtual conference, SaaS company valuations have been growing consistently over recent years, but really accelerated during 2020.

However, as Iles explained, these are some of the harder companies to start in terms of funding. "The reality of starting a software business is the risks are greater as you need more seed capital to get going and before you can generate revenue,” he said.

“The start-up market here isn’t as buoyant as in other markets and that makes it hard to stand out in a crowded marketplace but there are investors out there – it’s just not as easy as in the USA.”

However, in terms of vendors facing a tight channel market, Iles acknowledged there is an issue of “mindshare”.

“Partners want to skill up and they are looking for vendors to help them with education programs, funding and certifications but they have every vendor knocking on their door and vendors are now fighting for attention to build the skills they need in the channel,” he said.

This could have some benefits for the partner community, with TRA predicting that vendors could start making larger bets with the bigger partners to build scale. Talent will naturally continue to remain an issue for the channel regardless as Australia’s borders remain closed due to the coronavirus pandemic.

As a result, the need for certain skillsets will continue to be a big driver of M&A activity as 2021 progresses, which may solve a skill shortage for a large vendor or partner in the short term, but does not alleviate the overall issue in the longer term.

“The talent issue is a broader question and we don’t have the breadth or depth of skills we need locally,” Iles said. "Just try hiring anyone at the moment with security or deep data expertise regardless of which organisation they work for and it’s true to say that a lot of the M&A activity we are seeing over the last couple of years has been organisations choosing to buy rather than build the skills they need.”

Even with the recent acquisition of Servian, Cognizant said the Australian players’ capabilities in data and artificial intelligence, digital engineering, cloud and internet of things (IoT) worldwide were a key driver behind the deal.

Meanwhile, this week's announcement of Infosys’ acquisition of design agency Carter Digital proves Iles’ point that larger channel players are choosing to acquire talent rather than build their own practices. Neither Iles nor Richards anticipate the M&A market will slow down at all in A/NZ, especially now private equity players have stepped up as serious competitors to strategic buyers.

Indeed, as TMT’s Mark Nesbitt claimed during EDGE 2020, there is now a deep pool of capital coming from Australian institutional investors, as seen with the recent bidding war between Uniti Group and Aware Super for Opticomm.

“We fully expect the current rate of acquisition and mergers to continue. Money is cheap if you can access it and there is a lot of private equity interest in IT at the moment creating competition with strategic buyers and we don’t see that changing,” Iles added.

“All of this doesn’t help the skills shortage though and at some point we just need be building more skills across the market. A lot of partners are realising they are going to have to figure out how to do this themselves and not just hiring in as the salaries will continue to trend up.”