DXC acquisition expected to bring Atos gain — but not without pain 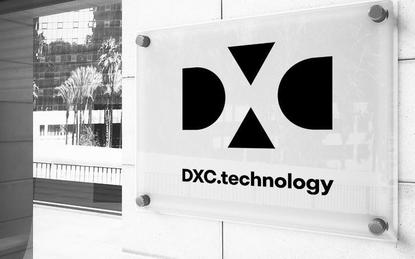 Atos’ proposed US$10 billion acquisition of DXC Technology could mean good things for the France-based technology giant in the long run — but only if the two companies can put their cultural differences aside.

This claim comes from analyst firm Technology Business Research (TBR), which stated in a report that if the bid is successful, the tech giant would likely expand its global service delivery capabilities.

"DXC Technology leadership would see a cash-out payday, while remaining assets (people and capabilities) would move to a more stable corporate environment with a long-term view and objective, something Atos is strong at setting up and following through on," the firm noted.

However, Atos would also gain DXC’s managed infrastructure services — a market segment that Atos is already established in. As a result, TBR claimed the acquisition of DXC would not be the best choice for the tech giant.

Regardless, the benefits of the potential acquisition for Atos would be expected to occur in the long run, the report continued, which would hinder Atos’ profitable growth plans during the next three to four years.

“In addition, Atos has a nearly debt-free balance sheet and would need to take on debt to fund the $10 billion transaction, further putting at risk Atos’ long-term strategy if the acquired DXC Technology assets need further investment to streamline and transform into a profitable and growing operation,” the report noted.

In weighing up the benefits and detriments of the deal, TBR noted that there is at least one “potentially substantial challenge” to consider — the cultural clash between the two companies. This would pit Atos’ European-minded strategy and operational style against DXC Technology’s “far-more Wall Street-driven mindset”.

“If the cultural mismatch can be overcome, the two companies have areas where strengths and weakness complement and offset each other," the TBR report claimed.

“Atos needs more industry-specialised and management consulting expertise to support its shift to an industry-aligned go-to-market approach. Additionally, DXC Technology’s 2019 $2 billion acquisition of Luxoft would give Atos capabilities in automotive and financial services.”

“While the new Atos would still have smaller management consulting capabilities compared to Accenture, IBM Services and Capgemini, the company could leverage DXC Technology’s relationship with consulting giant PwC to fill that void and avoid having to buy and integrate expensive consulting assets, while staying in its own lane.”

The cloud is also expected to be another significant part of the deal, with the combined companies’ install base labelled as a “large chunk of change” to tap into cloud-related managed services and application transformations combined with application services capabilities from previous acquisitions between the two businesses, such as Luxoft.

“The pivot to industry-aligned specialisation that Atos is trying to do could be seen as more of a window dressing than an effort to build an actual management consulting practice to better align its sales personnel, as it is about access points to sell cost-efficient offerings supporting run-the-business awards, especially when Atos’ DNA is rooted in technology and infrastructure services,” the report added.