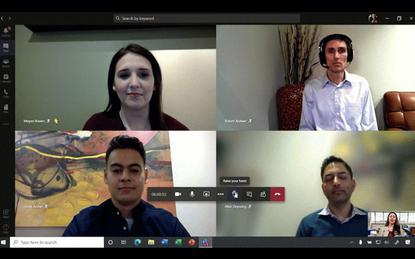 Microsoft has launched a public preview program for its Teams collaboration software, a move designed to give commercial customers the same kind of early peek into developing features that they have long had for Windows and Office 365.

As part of the new beta program, Microsoft said it would label Teams' various channels with the same pre-release names the company has given Windows and Office.

"As Teams adoption continues to accelerate, it is important to bring in more diversity and easier options for customers to preview pre-release features for product quality, internal planning, adoption & training readiness," Kaushal Mehta, a principal program manager on the Teams group, wrote in a December 8 post to a company site.

Previously, Microsoft had distributed Teams previews only through its Technology Adoption Program (TAP), the invite-only preview program the Redmond, Wash. developer has used to gather earlier feedback, usually from its larger corporate customers.

The TAP-style previews will continue, albeit under two new nameplates: Beta Channel and Private Preview Channel. Both labels are also applied to previews of Windows 10 and Office, although neither are limited to invite-only participants or require testers to sign non-disclosure agreements (NDAs), as does TAP.

The Public Preview Channel is new to Teams, and the one channel open to anyone. According to Microsoft's Mehta, this Teams preview "is for customers who want to evaluate a feature or developers who want to build a solution before broader deployment" of the software.

"This is an opt-in program, controlled via IT admin policy," Mehta added. For information on how to set this policy, refer to this support document. Similar instructions for enabling the Teams public developer preview can be found here.

Later this week, Microsoft said, several features will be exposed in the Teams public preview, including: