Rakon lifts during lockdowns to deliver a robust first half 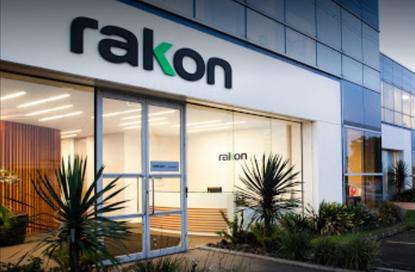 Telecommunications and GPS component maker Rakon reported a strong first half result this morning, increasing both revenue and earnings despite the shock of the COVID-19 lockdowns.

Despite the initial effects of Covid-19 being severe, prompt mitigation actions in the first quarter and increased demand in the second lifted the business.

From late March through April, manufacturing at NZX-listed Rakon’s plants in New Zealand and India was restricted or shut down.

Combined with a "bubble" of high demand in the telecommunications segment from July onwards, the measures produced the robust earnings result.

However, earnings growth was not expected to continue at the same rate for the remainder of 2021, the company told shareholders today, and Rakon’s full year guidance of $16 million to $18 million underlying EBITDA issued in August remained valid.

Telecommunications revenue was 19 per cent higher than the same period last year and made up 64 per cent of Rakon’s total revenue.

The increase in demand in the second quarter was mainly out of the New Zealand business as many tier 1 customers managed their supply chain risks through building safety stock.

In the second half of 2021, however, with ongoing economic uncertainty from geopolitical tensions and COVID-19, mobile network operators appeared cautious about their 5G deployments. Growth in the telecommunications segment was therefore expected to be less pronounced.

Revenue from the global positioning segment continued to trend down in the first half as the high volume, low margin GNSS (global navigation satellite system) business continued to decline.

Revenue was also lower from aviation customers who were impacted by Covid-19.

The global positioning segment was expected to improve in the second half as demand for emergency beacon and agricultural applications returned and Rakon continued to focus on its high margin, precise positioning products.

The space and defence segment was lower than the same period last year. Overall, the segment was also expected to improve in the second half and exceed the full year 2020 revenue recorded.

This was expected to be driven by new business supplying into a low earth orbit satellite deployment and growth in the domestic space business in India.

The directors declared that no dividend was to be paid for the interim period.