CCL and Cloudian team up on object storage tech 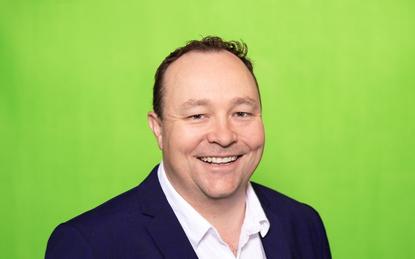 The agreement, which the companies claim is in the multi million-dollar realm, sees Cloudian’s object storage offering delivered via CCL's Vault Managed Service, with CCL deploying a Cloudian HyperStore system with a storage capacity in excess of five petabytes.

According to CCL portfolio services director Richard Hansen, the local cloud and IT services provider selected Cloudian at the start of the year, alongside HPE appliances, to provide a replacement for its pre-existing Vault 'version one' Solution

The solution has been installed and tested since July, with CCL now starting to migrate client workloads across from Vault v1, a process that is expected to take about a year to completely move the entire complement of provisioned data.

The move comes with a strong focus on the government sector for CCL.

According to the two companies, Cloudian represented the ‘perfect’ solution to replace Vault v1 for CCL.

“With public cloud soaring and the expected local entry of CCL’s strategic partner, Microsoft, in the next few years, NZ’s ICT future is certain to be hybrid,” Hansen said.

“We see object storage as essential to this sensor-ready focus as it is ideally matched to use cases such as videos, mobile apps, IoT [internet of things] and other areas central to where our technology needs are going.

“We needed a specialist object storage provider, rather than a company that just offers it, to meet current and future ICT demand,” he added.

According to Cloudian Oceania and A/NZ regional director James Wright, the agreement comes as object storage emerges as a key drivers for hybrid cloud and data security—trends that he claimed had accelerated during the pandemic.

CCL claimed it had already seen a five-fold performance improvement for data ingress and egress since the deployment, while costs have decreased by an estimated 20 per cent.

As at the time of writing, CCL had activated HyperStore in more than 100 customer environments, largely to serve backup and recovery applications initially.

The company said that, moving forward, it plans to leverage Cloudian for additional use cases over time, including incorporating Cloudian’s Object Lock solution for ransomware protection.

Cloudian officially launched in New Zealand and Australia in July, announcing at the time the onboarding of a number of key partners across the region in August. At the time, the vendor said it was looking to double its channel network over the next 12 months, taking it to more than 40 partners this time next year.

Coinciding with its intentions to double its partner base was the signing of five partners in the region.