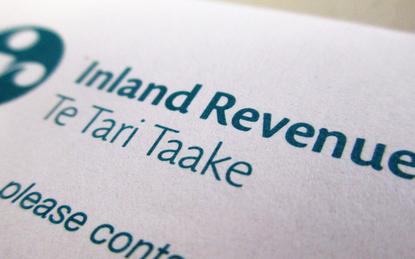 Inland Revenue's transformation programme is $120 million under budget so far and the project's risk rating has been reduced.

A transformation update shows the project, which aims to replace a decades old core tax system with commercial off-the-shelf software, was rated "light amber" on a red-amber-green risk scale as of September.

That was an improvement from amber previously while the project's schedule rating has also lifted, from light amber to light green. Financial measures were rated a full green while benefits realisation remained amber.

$747 million had been spent in operating expenditure and $374.9 million in capital costs to date, a combined $120 million lower than a budgeted $1.24 billion.

Under spending had either been moved to later dates or returned to the Crown, the report said.

The project was once said to potentially cost $1.8 billion but is now looking to be closer to $1.4 billion.

Top risks still facing the project were noted as a reliance on SAP, "satellite" functions of the old system and KiwiSaver business-to-business exchanges preventing the full decommissioning of heritage datacentres in 2022.

Inland Revenue is shifting from SAP to Oracle's CloudSuite for its enterprise support software.

"We have strong mitigation plans in place for these risks," the report said.

Inland Revenue is now working on the go-live of the first part of its fourth release, due on 1 March 2021, covering paid parental leave, unclaimed moneys, duties and foreign trusts.

Many of the coming changes require customers to shift from manual, paper-based processes to digital ones delivered through the tax department's MyIR portal.

A mock go-live for the first part of  the fourth software release was scheduled for this month.

Not everything has gone smoothly, however. Last month an upgrade made online services unavailable to some and slow to many others.

Inland Revenue's new software is provided by US-based Fast Enterprises. Accenture is a major consulting partner, while heritage datacentres are provided by Unisys.

The department's new datacentres are being provided by Spark-owned Revera/CCL.