Will operate independently of The Instillery’s other services units 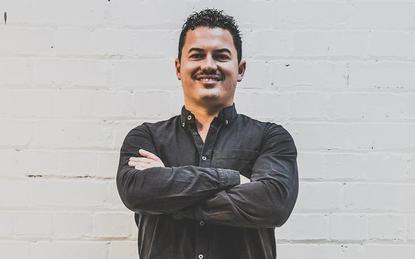 The Instillery has launched a new cyber security division aimed at consolidating its cyber resources and building on them to create a dedicated business focusing on its expanding security play in the fast-growing segment.

The Instillery Security Intelligence business, as the new division is named, is built on the foundation of security operations services the IT services provider and cloud specialist has provided to its customers for a number of years, but is structured to operate independently of The Instillery’s other services units.

However, the existing footprint has been coupled with considerable new investment to provide security services that are accessible to Kiwi businesses and designed to, in the company’s own words, “accelerate their digital journey in a safe fashion”.

As it stands, the new division combines a best-of-breed ecosystem of The Instillery’s strategic partners, including Zscaler, CrowdStrike, DarkTrace, LogRhythm, Microsoft and Tenable, overlaid with a 24/7, enterprise-grade security operations centre (SOC).

“We continue to provide domain specific security services out of our cloud, modern workplace and network practices,” The Instillery founder and CEO Mike Jenkins told Reseller News. “Security Intelligence is differentiated as a proactive detect and response service, combined with consultancy, which wraps around our other offerings and customers’ own environments."

The move to launch the division comes after feedback from customers suggesting they had found security tools alone are not enough to meet their needs, and were instead seeking insight and action to avoid the impact of security events on their business.

“We believe as businesses are rapidly digitally transforming, security services that support the rate of change is paramount to managing risk and their success,” Jenkins said. “Customers are also maturing beyond just buying products, such as a new UTM [unified threat management] license for their firewall, to understanding the need for a detect and response capability.

“Security products often aren’t much good without people responding to them,” he added.

With this in mind, The Instillery has spent no small amount of time carefully picking the most appropriate technologies to support the needs it has been seeing in the market. It was only a matter of time before those solutions and technologies were rolled together into a single, cohesive unit.

The combination of the cyber security prowess brought into the company via The Instillery's merger with Origin IT last year and, more recently, the awareness of cyber issues wrought by the series of DDoS attacks on the NZX earlier this year, has resulted in increased interest in security solutions from customers.

While this increased interest has helped to provide a kind of a catalyst for unveiling the new division now, the launch has actually come later than initially expected due to the disruptions caused by the pandemic.

“Our SOC and security consultancy services have been operating for a number of years, however we never spoke too much about them,” Jenkins said. “We started work on the relaunch and redevelopment of these services approximately a year ago, however we delayed the launch for six months due to COVID-19.”

Already, the company has filled a number of new roles related to the new division, with others still open at the time of writing.