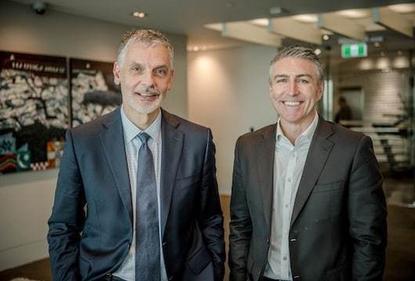 The results for the period were impacted by portfolio changes including the acquisition of Vodafone New Zealand in 2019, and the sale of Perth Energy, NZ Bus, and the ANU Student Accommodation business in 2019 among others.

Proportionate EBITDAF for the year to 31 March 2021 is forecast to be between $430 million and $470 million, including an estimated $80 million reduction caused by Covid-19 related restrictions, compared with $446 million the previous year.

Infratil reported a surplus from continuing operations of $27.8 million compared with $56.4 million for the prior year.

The company said the period illustrated the benefits of Infratil’s diversification (see chart below), where the progress at CDC Data Centres and the renewable generation projects of Tilt Renewables and Longroad Energy more than balanced the impact of the Covid-19 crisis on businesses such as Wellington Airport and Vodafone New Zealand.

The value of Infratil’s holding in CDC Data Centres rose $324 million over the six months. Infratil's share of current period reported EBITDAF of A$73.8 million, was up A$22.1 million (+42.7 per cent) from the comparative period.

Multiple drivers were underpinning CDC's growth, including increased demand for resilient digital infrastructure and significant growth as Covid-19 accelerated the transition to remote working and adoption of cloud -based services.

Vodafone NZ, meanwhile, advanced its plans to simplify its business and improve its customers’ experience, but also saw earnings reduce by $29 million due to COVID-19.

The telco's simplification programme saw 1500 products retired or improved. A 34 per cent increase in customer requests dealt with first time was accompanied by a large reduction in customer complaints.