Is the Kiwi telco landscape ripe for disruption?

At least one IDC analyst thinks so 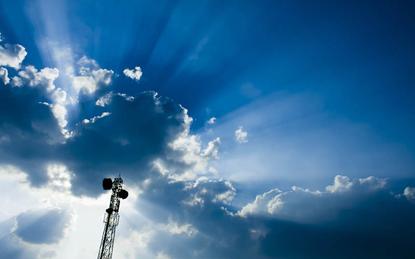 A slight market contraction, a focus on resiliency and at least one new potential entrant are combining to make conditions in the local telecommunications sector right for a new competitor to make a big play.

This is according to new research by industry analyst firm IDC that shows how COVID-19 has dented revenue streams in the sector, particularly roaming revenue, prepay revenue and handset sales.

IDC's 2020 New Zealand Telecommunications Report: An Unexpected Journey suggests that the New Zealand telco market decreased 2.4 per cent in the year to June 2020, with the research forecasting a slow recovery through to 2024.

IDC points out that, a year ago, before the pandemic hit, the country’s telcos were working on their own transformations, focusing on agility and improving enterprise digital service offerings.

This year, however, the focus has been largely on collaboration and conferencing tools, security and quality connections to the home, with renewed attention being directed towards helping small to medium businesses, many of which were somewhat unprepared to participate effectively in the burgeoning digital economy accelerated by COVID-19.

IDC’s analysis suggests that the cumulative effects of lockdowns, new ways of working, contactless business and many of the other elements resulting from a new pandemic-hewn business landscape have created the “perfect storm” for a disruptive play in the telco market.

"Market players will focus on building resiliency and agility, then seek new paths to growth," IDC A/NZ principal telecommunications analyst Jefferson King said. "The rate of transition from resiliency to growth will depend on how digitally transformed they were before the pandemic".

As such, the time is ripe for a competitor to make a big play and take advantage of an opening in the telco market while others players might still be scrambling to build resiliency or taking a conservative 'wait-and-see' approach, IDC said.

Digging deeper into the sector, IDC said that there were a couple of key spaces to keep an eye on in terms of just how ready the market ight be for a new competitor to make a major play.

The first of these areas is how aggressively mobile network operators migrate broadband customers to 5G fixed wireless broadband to save on input costs.

Another thing to watch closely will be how pay TV provider SKY plans to launch broadband services in the next few months, starting with cross selling to its TV customer base.

According to IDC, while the big telco retailers lament the thin broadband margins, this won't bother SKY as much, as the provider can operate broadband services on little to no margin as a way to reduce churn on its more profitable pay TV service.

Regardless of whether a new competitive entrant ends up coming in to disrupt the loca telco industry’s status quo, resiliency will take precedence as the industry — and the market it serves — navigates its way out of the pandemic.

"In this upcoming year, resiliency is critical and the telcos must yet again reinvent themselves,” IDC senior research manager Monica Collier said. "Success in FY21, as economic uncertainty bites, will be a testament to the transformation efforts of previous years.

IDC's analysis comes as Vodafone NZ reveals details of how it is banking on the rise of public cloud — and the arrival of global public cloud players in the local market — to nullify its rivals' infrastructure advantages.