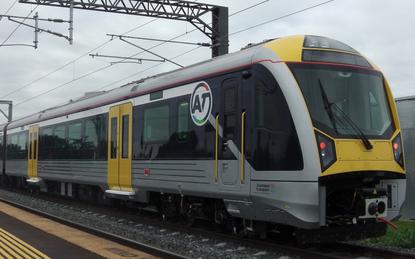 A $25 million project to roll out new asset management systems at Auckland Transport is poised to progress to its next phase after an initial trial on Auckland's bridges.

This was delivered on time and on budget apart from a two week delay postponement of go-live due to COVID-19.

AT is now working over the next year to roll public transport facilities – bus stops, depots and so on – into the new SaaS platform. When that is done, the team's attention will shift to roads.

The capital budget for those phases, which are expected to be complete by next October, is a further $8.6 million.

After that miscellaneous assets such as harbourmasters, IT and network assets, moorings and on-street parking will be added at what appears to be minimal cost running through to April 2022.

The balance of the project cost is subscriptions to the software.

AT manages $1.6 billion in assets. Historically this was done using spreadsheets, with roads on an old, bespoke software system called RAMM.

A lesson learned from the MVP pilot was that issues of data quality and missing data needed to be addressed, as did access to data held by third parties such as engineering contractors.

"Looking at the new asset classes, we can see the same problems – we need to ramp up a programme around improving data," Jones said.

"What we are seeing now is much better visibility."

AT was also working with NZTA, especially to define data standards for areas never previously defined. Data  and data quality was now a separate project within the business.

Change management was another challenging area, to drive a cultural shift for AT and its service providers.

AT is not totally out on its own in the implementation. Auckland's water service provider, Watercare, is also adopting Infor and sharing its lessons learned while in Australia there are others also using the system to manage roading assets.

Work is also progressing to integrate the Infor system with others used by the business, such as its Fulcrum project management system, and to demonstrate real financial benefits.

The Fulcrum integration will help address the data challenge because as new projects get built, information from the design documents will automatically populate the new asset management system.

Jones said the system and improved data would enable AT to make informed connections between the different asset classes.

If a road, for example, was deteriorating on both sides of a bridge, there was a good chance the bridge was "getting hammered" as well.

"We are starting to see the value and that will only increase as we use the system more and get more familiar with it," he said.

"We do want to see some hard cash savings and have measures around how we do that to do maintenance better and cheaper.

"We really have to quantify value achieved because it is ratepayers' money."

Integration between the new asset management system and AT's customer relationship management system, for instance, allowed call centre staff to see what was happening in maintenance, such as whether an issue had been assigned to an engineer.