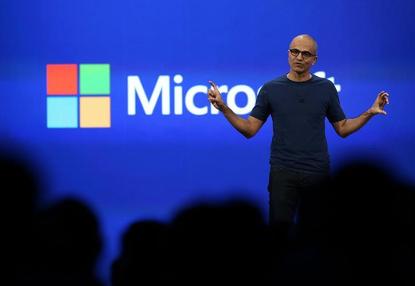 Microsoft has gained a pandemic boost as its cloud services business spurs its quarterly revenue up by 12 per cent to US$37 billion.

According to the vendor behemoth, its Azure public cloud hosting grew 48 per cent as the coronavirus pandemic sparked a mass push to work from home.

Also notable in its Q1 revenue for the 2021 financial year, Office 365 Commercial revenue grew by 21 percent.

Meanwhile, other pandemic indicators could be seen in the 22 per cent increase in server products and cloud services revenue, as more organisation's became reliant on cloud for remote working.

Dynamics and cloud services products also grew by 19 per cent as enterprise services pushed ahead by a relatively small 6 per cent. However, Windows OEM revenue fell by 5 per cent during the quarter.

Even though Microsoft does not break down financial details of all its divisions, CFO Amy Hood claimed in total Microsoft’s commercial cloud revenue was US$15.2 billion, up 31 per cent year over year.

Yet while growth in Azure accelerated from 47 per cent in the prior quarter, it notably dropped by the 59 per cent growth seen in Q1 2020.

Another dark spot was the decline of commercial PCs, which fell 22 per cent as Microsoft ended its support for Windows 7.

For the next quarter, Microsoft expects to post revenue of between US$39.5 billion to US$40.4 billion.

“The next decade of economic performance for every business will be defined by the speed of their digital transformation,” said Microsoft CEO Satya Nadella said in a statement. “We are innovating across our full modern tech stack to help our customers in every industry improve time to value, increase agility and reduce costs.”

Nadella’s reference to cost-reduction comes off the back Microsoft’s decision to cut around 1,000 jobs, according CRN US. Microsoft also chose to close all its physical stores.